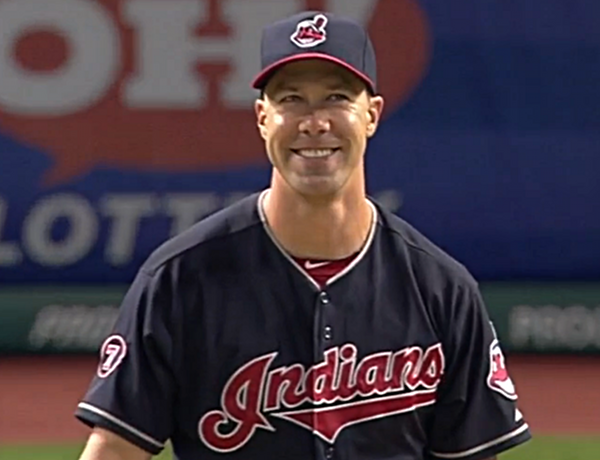 It took a perfect confluence of events for Kris Bryant to be facing David Murphy, the outfielder, with the bases loaded last night in the 9th inning. It took not just the Cubs whoopin’ the Indians so badly to that point that they were already on their second position player pitching, but it also took perhaps the top defensive shortstop prospect in the game, Francisco Lindor, dropping a David Ross pop fly.

The next couple guys reached, and Bryant was taking batting practice:

You know Murphy was having two emotions at once: (1) bah, who cares, this is is silly and fun, and that’s Kris Bryant; (2) I really didn’t want that to happen. You can see it as he vacillates quickly from a “ha ha” face to a “eff that” face.

That bomb was the longest homer of the night in baseball, according to ESPN’s Home Run Tracker: 452 feet. Bryant absolutely crushed it, and, as always, it didn’t really look like he hit it that hard (especially since there wasn’t a ton of velocity there).