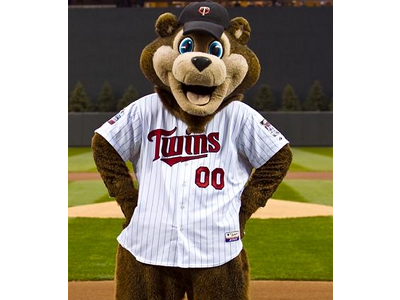 The Cubs head to Target Field to take on the heroic Twins for a three-game set.

The Cubs dropped two of three to the Indians despite out-scoring them 20-10. Baseball. They’ve fallen seven games back of the Cardinals in the Central, but still hold the second Wild Card spot. The schedule remains brutal for the next couple weeks, so the Cubs just need to hold on for a little while longer.

The Twins – wonder why I called them heroic? – just took the final two games in a four-game set against the Cardinals, helping out the cause a little bit. Overall, though, they’ve lost 9 of 13 as the immutable forces of normalization and regression take hold. The Twins, 36-30, now stand three games behind the Royals in the AL Central.

Dexter Fowler seems to be in a pretty pronounced, and rarely discussed, funk. Going all the way back to May 24 – nearly a full month – he’s hitting just .207/.260/.315 (56 wRC+). He still takes good at bats, sees lots of pitches, etc. His .262 BABIP during that stretch is extremely low for his career mark, so maybe this is just one of those flukey stretches. Then again, his 25.7% strikeout rate and 6.9% walk rate during that stretch are each much worse than his career averages. Ditto his .109 ISO.

Jake Arrieta is coming off of what may have been his worst start since he turned the corner with the Cubs at the start of 2014. My guess is that he bounces back. Hard. Woe be to the Twins.

Gonna miss you, Kyle Schwarber. Make the most of this series. For us.

The Twins genius’d out and signed Phil Hughes to a steal of a three-year contract before last season, and then he went out and pitched historically well. Then, instead of just enjoying the fact that they had a supremely underpaid asset for two more prime years, they signed him to a completely unnecessary extension. So far, he has not merited it.

Byron Buxton was a clear top three prospect in baseball when the Twins surprisingly called him up last week, straight from AA (with only 60 games of experience there). He wasn’t wrecking the ball, but he’s still only 21 and plays a killer center field. Still, in 16 plate appearances thus far in the bigs, he has just two hits, no walks, and has struck out six times.