That's Probably That: Pete Rose Reportedly Bet on the Reds While Playing for the Reds Skip to content 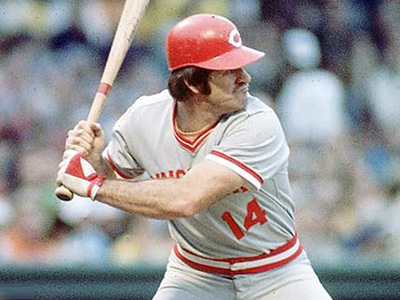 Banned for life from baseball by agreement after it was suspected that he’d bet on baseball games while managing in the Major Leagues (something he finally admitted in 2004), baseball’s all-time hits leader Pete Rose seemed on the cusp of reinstatement. With a new commissioner in charge, with nearly 30 years passed since he last played in the big leagues, and with increasing permission to associate himself with the sport he once played so well, things were looking good for Rose.

ESPN’s Outside the Lines reports that, according to previously unreleased documents, Rose bet on baseball as a player – something he’s consistently denied. Moreover, OTL says, those bets included some on the very team for which was playing at the time, the Cincinnati Reds.

If true, Rose will never be considered for reinstatement again, and, it’s possible that the mere existence of this report will squash the support Rose otherwise had.

The timing is particularly bad for both Rose and the Reds, who host the All-Star Game in less than a month, and who had been in discussions about Rose’s involvement at the game.

Read OTL’s report for more on Rose’s history, including how his betting very likely connected him to, and put him in the debt of, organized criminal elements.