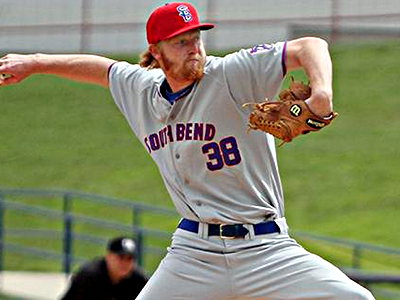 On the mound, four Smokies’ pitchers contributed to the shutout. Frank Batista pitched the third inning and allowed a hit and a walk, Felix Pena gave up nothing and struck out one in the fourth inning, Corey Black got the last two outs of the eighth inning without giving up anything and by striking out one, and P.J. Francescon allowed two walks and earned a strikeout to open the ninth. In total, that is one third of a Double A All-Star game shutout pitched by Cubs’ pitching prospects.

At the plate, the two Cubs’ prospects contributed forty percent of Carolina’s hits. Mark Zagunis, the leadoff man, finished the game two for five with the only RBI in the lineup, and Jeimer Candelario doubled as he finished two for four. Zagunis also picked up an outfield assist on a play at second base.

And in the Midwest League, it was the East Division (featuring some Cubs) who shutout out the West 5-0. Jeremy Null was the starter for the East, and in his one inning of work he allowed a hit and struck out three. The Cubs’ closer, James Farris, struck out the first two batters in the ninth. That means, even though they accounted for just one and two thirds of the nine innings pitched, the Cubs’ pitching prospects tallied five the East’s sixteen total strikeouts.

The Cubs were quiet at the plate, though. Gleyber Torres (who was batting second) struck out and went hitless in three at bats. Charcer Burks walked in his two trips to the plate, and Cael Brockmeyer struck out twice.