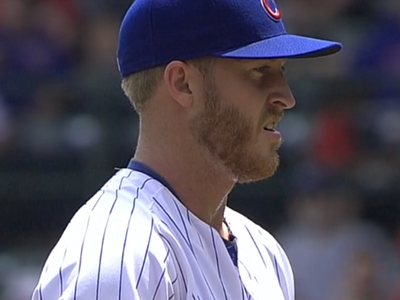 As we surmised, Dallas Beeler will indeed be the fill-in starter for the Cubs in today’s doubleheader. Jake Arrieta will start the early game, and Beeler will go at night.

Slowed in Spring Training by a tight shoulder, Beeler only recently got into much of a rhythm at AAA Iowa (hence the Cubs not utilizing him as one of their depth starters until now). In his last five outings, Beeler has posted a 1.78 ERA, a 3.14 FIP, and an absurd K/BB combo – 26.3% K rate, 2.0% BB rate.

Beeler, 26, has played this part before, filling in for two Cubs starts last season, and performing well enough to keep the Cubs in the game. As a pitcher already on the 40-man roster, and with back-of-the-rotation big league upside, getting Beeler this shot makes plenty of sense. Heading into the All-Star break, the Cubs won’t need to use a “fifth” starter this week, allowing Tsuyoshi Wada to continue rehabbing, and allowing the Cubs time to decide what they want to do with that spot if Wada’s not ready when his turn comes up. Perhaps they could give Clayton Richard another start, or maybe Donn Roach. But, if he looks good today, you’ve got to figure that Beeler will be in that conversation, too. If he’d been healthy to start the year, it’s possible he already would have been up at some point.

Generally, Beeler’s game is similar to the other fill-ins the Cubs have had this year: heavy groundball guy, requiring impeccable control and command to be successful. He misses a few more bats than Roach (and on par with Richard), but not so many that he can get away with leaving the ball up or making too many mistakes.