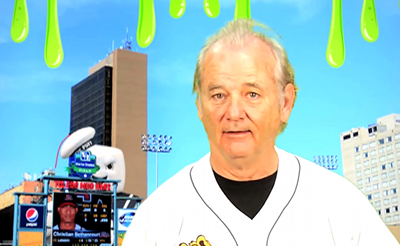 Noted comedian, actor, Cubs fan, and generally-awesome-dude Bill Murray was competing in the John Deere Classic pro-am golf tournament this week in Silvis, Illinois, and he got into a little bit of baseball discussion.

Specifically, he asked some of the onlookers, had they seen the Cubs’ doubleheader sweep on Tuesday? Then he described the Cardinals:

After last night’s loss, I’d imagine that Murray’s comments will be especially well-received by Cubs fans.