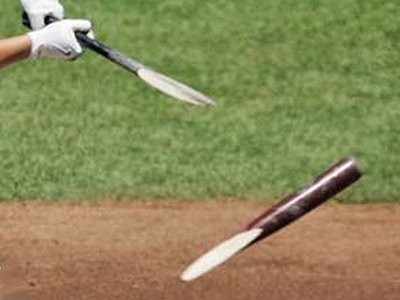 There is an old saying that suggests if it wasn’t for bad luck, some would have no luck at all.

The Cubs might feel as if this old adage applies to their offense as the team entered Sunday’s first-half finale against the White Sox 16-14 in their last 30 games.

The Cubs have averaged 3.67 runs per game in their last 30 contests. If that trend played out over the course of a 162-game season, the Cubs would score 594 runs — which would represent the fewest runs scored by the franchise in a full season since the 1963 team pushed across 570 runs in an 82-80 season.

The frustration bubbling is more about the raw run totals only scratches the surface. The most aggravating part about watching the Cubs at the dish during this stretch is their inability to get players home despite being able to reach base in the first place.

The team’s 1,413 plate appearances with runners on and their 833 PAs with runners in scoring position rank 14th and 13th, respectively. That puts the Cubs in the middle of the pack, as far as scoring opportunities go. And yet, scoring has been a struggle.

Despite having the fourth lowest batting average in baseball, the Cubs are giving themselves ample opportunity to score thanks in part to a 9.0 percent walk rate that is the third highest in baseball. And it’s not as if they stop walking when batters reach base, as their 145 walks (10.3 BB%) with runners on is the second most in baseball.

A microcosm of their recent struggles came in Friday afternoon’s loss to the White Sox.

The Cubs executed their ideal game plan against rookie lefty Carlos Rodon, drawing six walks en route to forcing the talented, but wild hurler to average 17.3 pitches per inning over the course of six frames of work. And if Rodon were to do that over the course 200 innings,  his 3,460 pitches thrown would have checked in as the ninth most in baseball in 2014.

As luck would have it, the Cubs were unable to capitalize on their abundant chances by hitting into five double plays — including one in each of the first four innings. I suppose a heck of a frame job by one of the best pitch-framers in baseball didn’t hurt matters, from Rodon’s perspective.

Nothing frames the Cubs’ offensive struggles like knowing that their 113 walks drawn with runners in scoring position is the most in baseball, but their 157 hits is tied for the sixth fewest.

Of course, seeing copious amounts of pitches is nothing new to the Cubs, as only the Red Sox (13,342), Athletics (13,316) and Yankees (13,105) have forced pitchers to use more bullets than their 13,080 pitches seen. It’s just that there is more to offense than seeing pitches. Though, it seems like a good starting point.

There isn’t much more for the offense to do right now. There is no panacea for the current offensive woes. No magic bullet to fix what ails the team’s bats. Superman isn’t walking through that door.

The one thing the Cubs can do is continue putting together good plate appearances that result in reaching base and hope the guys behind them do likewise.

It’s not an ideal formula. But the idea of keeping the line moving simply gives the offense the best chance to score.