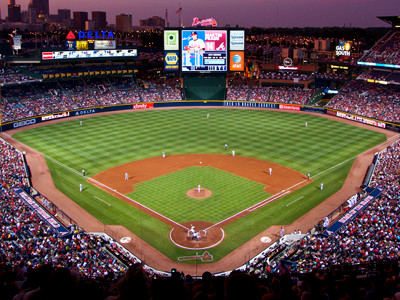 The second half starts today, with the Cubs facing, let’s be honest, a beatable opponent in Atlanta. The injury to Miguel Montero is unfortunate, but it’ll give the Cubs an opportunity to see Kyle Schwarber, the catcher, at the big league level. And he gets to bring his bat with him, so maybe he’ll give the erstwhile slumping offense a boost.

Kyle Hendricks is quietly working on a 22.1 scoreless inning streak, which just feels like the kind of thing you say immediately before a guy gives up a few in the first inning. Ah ha! But now I’ve jinxed that jinx! (Oh, but now what have I done? (And now?))

The Cubs face Julio Teheran, who broke out as a quality young starter the last two years, but the 24-year-old has taken a big step back this year, mostly thanks to erratic command. The walk rate is way up, the strikeout rate is down, and the homer rate is up. It sounds like Teheran is very beatable this year if you’re patient, and wait for a mistake. He might make that mistake or he might walk you before it comes. I’m not saying Teheran is bad – he still flashes great stuff. I’m just saying that this Cubs lineup, in theory, should do well against a guy like that more times than not.