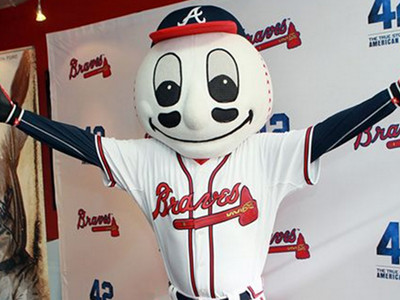 The Cubs scuffled just a little heading into the break, splitting in four with the Cardinals and then losing two of three to the White Sox. One of those Cardinals games was within a strike of a win, and one of those White Sox games was a highly-dubiously-called 1-0 loss. None of that is to complain or play the imagination game – it’s only to say that the Cubs might not actually have been cold or whatever. It’s just baseball being baseball.

The Braves won six of seven before dropping five straight heading into the break. At 42-47, you might think they’re kinda sorta hanging around, but they’ve played the easiest schedule in baseball so far, and the underlying numbers suggest the Braves should actually be about four games worse. That would have them among the worst teams in baseball, which I’m pretty sure they are.

Lineup (they rotation a bunch of guys at a bunch of positions, so it changes almost daily):

For the second time in a row, the Cubs will be facing a lefty on the day Jon Lester starts, which means a platoon advantage (David Ross) freebie. Ross, back now from the 7-day concussion list, presumably would have been starting anyway.

A couple tweets that fit here:

How about this: Justin Grimm's 38.7% K rate is 6th best among ALL relievers with at least 20 IP this year.

As noted in the intro, the Braves will be without both Jason Grilli and Freddie Freeman in this series, which is all the more reason that the Cubs really need to be able to win a couple.

After Freeman, the Braves’ best offensive contribution has come from Dodgers cast-off Juan Uribe, who is hitting .290/.351/.478 since the trade. He just keeps on chugging.

Speaking of cast-offs, Cameron Maybin felt like something of a salary-even-out in their trade with the Padres, but he’s actually playing well, hitting .289/.356/.418.

The Braves actually have a decent lineup, with all of Uribe, Maybin, Nick Markakis, A.J. Pierzynski, and Kelly Johnson putting up positive offensive numbers.

Shelby Miller had a great first half, but the peripherals suggest regression is looming. Then again, his ERA has always dramatically outperformed his xFIP (for example), so maybe not.