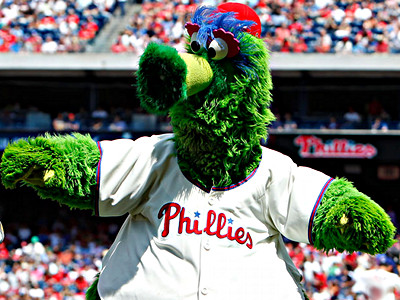 The Cubs finally get to face the worst team in baseball, they get to do it at home, and they get to employ their three best starting pitchers.

And, yet, the circumstances aren’t quite perfect, as the Cubs will have to face the Phillies’ best two starters, and, were this series next weekend, the Phillies would probably have sold off quite a bit by then. Not that I’m complaining. Just pointing it out.

The Cubs took two of three from the Braves out of the break, and then split in Cincinnati, which actually felt like a win. They hold a slender 0.5 game lead in the Wild Card race over the Giants.

At 34-63, the Phillies have the worst record in baseball by a wide margin – no other team’s win total even starts with a “3.” Naturally, though, they’ve won 5 of 6 coming out of the break against the Marlins and Rays. Does that mean they’re hot and the Cubs are facing them at the worst time? Does it mean that they’re due for plenty of losses? Trick question: it doesn’t mean anything. It’s just a six-game stretch of baseball.

They’re getting on base. Now if Anthony Rizzo and Kris Bryant could break back out …

Hey, remember Jerome Williams? He pitched for the Cubs 9(!) years ago!

The Phillies’ other two starters in the series are Cole Hamels, so get ready for more rumor discussion, and top pitching prospect Aaron Nola. He’s the pitching equivalent of Kyle Schwarber from last year’s draft, having already reached the big leagues. And he’s good. Try not to let yourself get frustrated on Sunday.

It would be nice if Hamels was traded before tomorrow, eh? Not even necessarily to the Cubs – just, away.

Phillies younsger Maikel Franco can hit (.283/.340/.481), and he’s probably the only guy in the Phillies’ lineup that – on paper – makes you at all nervous right now. He’s been battling a sore elbow, but is expected to play against the Cubs.