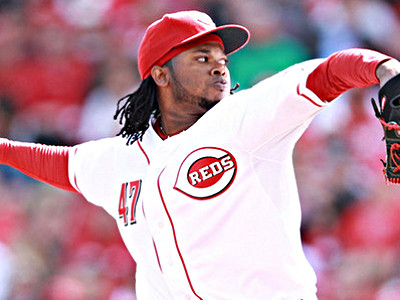 The two sides reportedly had a deal last night before Johnny Cueto made his start, but the medicals with a prospect involved in the deal blew things up. Apparently the sides kept working.

It’ll take a moment to process the implications here – especially once we see how much the Royals are giving up – but the obvious ones:

(1) The Cubs were never in on Cueto, so it’s not like they missed out on an option here.

(2) The Royals, however, were never really connected to guys like Cole Hamels or David Price or Mat Latos (not sure about Mike Leake), so it’s not like they just bowed out of a trade race the Cubs were involved in, either.

(4) The Tigers had been on the fence about selling, and this could nudge them even further in that direction. Then again, they were already 10.5 out in the AL Central, so maybe the impact here is nil. They’re chasing the Wild Card if they’re chasing anything at all.

(5) The Reds will likely continue to sell off at this point (and the Cubs reportedly have some interest in Leake), which could help the teams that have to face them a disproportionate amount in August and September.

UPDATE: Things in a holding pattern for now:

Through #reds media relations, Jocketty said there is nothing to report re: Cueto trade.

If I were guessing, that is because not all players involved in the deal have been informed. But, hey, we’ve seen deals like this fall apart before even after public dissemination.

UPDATE 2: Lots of folks saying this:

You may recall Finnegan as the college lefty who wound up pitching for the Royals in the playoffs in the very year he was drafted. There’s a lot of upside there, and he might be better than I expected the Reds to get in a Cueto deal. And they might be getting even more.

John Lamb is expected to be among prospects going to #Reds in Johnny Cueto trade, source says. #Royals @FOXSports

UPDATE 4: And then he wondered how trading Cueto would bleeping help the Reds:

Price says Cueto has not been trade. “Absolutely no movement.” #reds

It’s a very nice return for the Reds, with three upside young arms coming their way. I’ll dig in more later, I hope, but this Cubs game – this Cubs series – is really bringing me down at the moment.