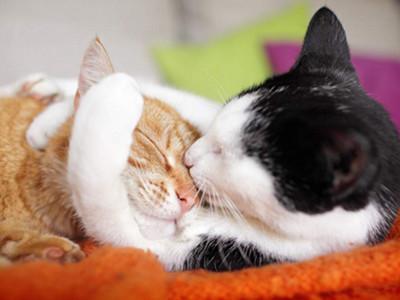 So far the Cubs have been publicly quiet during this trade season, but I don’t think that will last. Reporters from all over have had the Cubs checking in on all kinds of players, and now that a few major deals have effectively established the market and unblocked the flood gates, I think we’ll see the Cubs rolling into action.

So, consider this your super fast guide to things to look for in the Cubs farm system this evening. In short, this is your guide to #HugWatch 2015, Cubs Edition. We are not predicting any trades, or saying which players should be traded. These are just guys to watch because they could be traded.

Iowa is in Nashville at 8 PM ET. Lineups should be up an hour or so before game time. Carlos Pimentel is the starter, but I don’t think he is a likely trade chip. If you don’t see Mike Olt, Christian Villanueva, Arismendy Alcantara, Junior Lake, Matt Szczur, or Javier Baez in the lineup though, something may be in the works. If Baez is missing, that something may be major (but that could include his promotion to Chicago to fill in a roster spot there rather than he necessarily being dealt).

I should note that Szczur hasn’t played since the 28th, but is not on the disabled list.

Tennessee is also on the road and starts in Nashville at the same time as Iowa. Their starter, Rob Zastryzny, is a plausible piece in some moves, so if he is scratched take note. On their lineup sheet, look for Albert Almora, Billy McKinney, Jeimer Candelario, and Willson Contreras. Those are probably the most tradeable bats in Double A for the Cubs right now. If more than one of them are missing, we could be looking at a non-trivial deal in the works.

Myrtle Beach starts up at home at 7:05 PM ET, and they have not yet announced a starter. The Pelicans rotation includes some trade candidates, Paul Blackburn, Jen-Ho Tseng, and Daury Torrez among them, as does their bullpen (Josh Conway in particular). Duane Underwood is on the disabled list, and so I don’t expect he will be moved. As for the lineup, Victor Caratini and Cael Brockmeyer probably top the list of names to look for. Mark Zagunis is a possible candidate as well.

South Bend also has a 7:05 PM start and is sending Tommy Thorpe (not a likely trade candidate) to the mound. There are a number of pitchers on this team who could be moved (Trevor Clifton, Ryan McNeil, and Erick Leal among them), but none strike me as very likely. In the lineup, we should see Gleyber Torres. If he is not there, something very serious may be building. Ian Happ can’t be traded yet, so no worries there. Other than those two, I think the rest of this roster carries too much risk to be notable trade candidates yet.

And finally, at 9:30 PM ET, Eugene takes the field. Their starter, Ryan Kellogg, can’t be traded yet. Pitchers on this team who could be include Carson Sands, Justin Steele, and Oscar De La Cruz. None are terribly likely to be dealt, unless the Cubs deal with a team looking at a long rebuild or who might be willing to gamble on some upside (Milwaukee or Miami, perhaps). In the lineup, and again, none of these are all that likely to be dealt, Frandy Delarosa and Ho-young Son are two names to look for. Eloy Jimenez is by far the biggest name on this roster, and the likeliest to be included in a deal, but he tweaked something the other night and did not play yesterday. As a result, we can’t read anything into Jimenez not being in the lineup.

And there you have it. Remember that the absence of any of these players does not mean a deal is definitely happening, but it could indicate that something is in the cards.

Iowa – The Cubs gave up all of Nashville’s runs in the late innings as they lost 6-4.
Tennessee – The Smokies jumped to an early lead and turned it into a 5-2 win.
Myrtle Beach – The Pelicans built an early lead that became an 8-5 win.
South Bend – The Cubs were shut out again, this time 5-0.
Eugene – The Emeralds found just enough offense to take home this 4-3 win.
Arizona – The Cubs only managed one run in this 5-1 loss.