Morning Rumor: Cubs Have Reportedly Had Conversations with Braves About Julio Teheran Skip to content 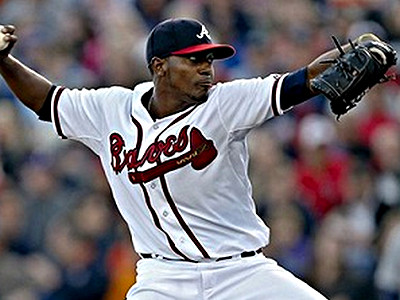 I suspect that, by now, folks will start to trickle in for the morning, and I wanted to have a little something ready to greet you.

Sources: Atlanta may not be done after dealing Alex Wood. Braves have listened on Julio Teheran as well. SP market still awfully crowded.

That is all to say, maybe the Braves really would consider moving Teheran for a reasonable return.

Enter a report from Gordon Wittenmyer indicating that while, yes, the Cubs are having discussions with the Padres about their pitchers, they have also had conversations with the Braves about Teheran. The Braves, according to Wittenmyer, are “motivated” to move Teheran in favor of bats (Jorge Soler is mentioned specifically, though he might cost more than just Teheran).

It’s an interesting read, going into other pitching avenues for the Cubs (like I’ve mentioned, Wittenmyer sees Ian Kennedy as the most likely outcome for the Cubs), including other Padres starters, and offering more information on Teheran.

It’s worth noting that Teheran had a brutally bad April, but has since improved (and his velocity has climbed), and could be getting close to where he was the last two years.