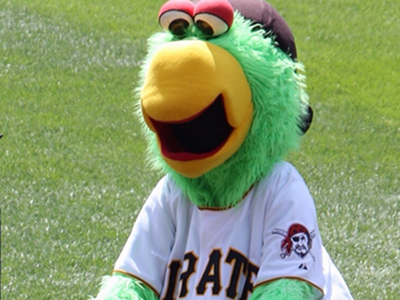 Wanna know something crazy? The last time the Cubs played the Pirates was more than two months ago.

Wanna know something crazier? The last time the Cubs played the Pirates, they had just completed a four-game sweep. Just like now.

You wonder what happened in that Pirates series, eh? Well, the Cubs took two of three, and the first game in the series featured my favorite ending of the season so far.

The Cubs finally managed to lay the wood to a team they were supposed to beat, sweeping the Brewers in four. That makes six wins in seven games since the Cubs were swept by the Phillies last weekend.

The Pirates got swept by those same Brewers coming out of the All-Star break, but have won 8 of 13 since then. They still hold the top Wild Card spot in the NL (4.0 games ahead of the Cubs), and they stand 5.5 games behind the Cardinals in the Central.

The Cubs luck out to miss Gerrit Cole in this one, and also get to send both Jake Arrieta and Jon Lester out there (as well as in the next series against the Giants).

A couple of deadline acquisitions will make their new team debuts in this one, with Dan Haren starting on Wednesday and J.A. Happ starting on Tuesday.

Speaking of Happ, he’s one of three lefty starters the Cubs will face in this one, so hopefully the righty bats are ready to go.