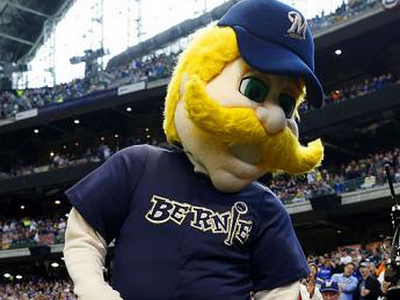 Does hosting a depleted Brewers team after sweeping the mighty Giants lead to any kind of let down? It seems like it would be only human to have a slight let down in intensity. Every game is so important at this point, though, that it’s hard to imagine the Cubs sleeping walking into any series.

The Cubs are a touch warm. They swept the Giants in four, split two against the Pirates before that, and swept these Brewers in four before that.

After being swept by the Cubs, the Brewers went on to take three of four from the Padres (oops on the no-selling thing, Padres, eh?) and one of three from the Cardinals. They are depleted, but not a pushover.

This time, the Cubs will face the Brewers without Carlos Gomez AND Gerardo Parra for the entirety of the series. Jonathan Broxton is also gone, and Kyle Lohse has been removed from the rotation (not sure that last one actually helps the Cubs, though). This is a shell of the team that started the season with dreams of contention, but don’t sleep on the possibility of the Brewers taking this series – they still have some pop in the lineup, and Taylor Jungman has been fantastic this year. Indeed, today’s game is a dicey match-up, on paper, for the Cubs.

I could go into several Cubs hitters who are piping hot these days, but I want to focus, specifically, on a guy who’d been getting a lot of attention for a recent, long slump: Kris Bryant. During a current seven-game hitting streak, Bryant is going .333/.481/.524.