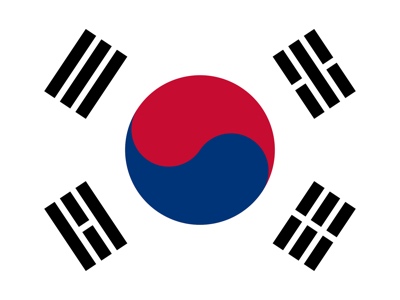 Although the international free agent news has been strangely quiet on the Chicago Cubs’ front since they reportedly blew out their budget on July 2 when the latest IFA period opened, you knew they weren’t going to sit tight on those signings, alone. There are rumors that they’re still involved on big-time Cuban prospect Eddy Julio Martinez, and now there are reports that they’ve signed a top Korean high schooler.

Yonhap News Agency reports that the Cubs have signed – complete with hat-donning and contract-signing ceremony – 17-year-old high school outfielder Kwang-min Kwon for $1.2 million. Baseball America also reports the signing, and it sounds like the deal was agreed to back on July 2, but is only now becoming official (which is not uncommon – the Cubs still haven’t officially announced any of their signings). Rumors connecting the Cubs and Kwon do, in fact, date back to July 2, but now we’ve got something a little more firm.

Kwon, who bats and throws lefty, comes in at 186 centimeters and 88 kilograms, according to Yonhap – that’s about 6’1″ 195lbs – and is described as a five-tool type, with good speed, power, and a high-contact approach. You can read the Yonhap report for more on and from Kwon, who sounds like the kind of hard-working, plus-makeup amateur the Cubs have focused on in the last few years, in particular.

Kwon was not on MLB Pipeline’s or Baseball America’s top 30 prospect lists, though I don’t know that Korean players are quite as well covered and scouted by third party services as Latin American players for obvious logistical reasons. Kwon does show up on Kiley McDaniel’s board – projected to the Cubs at $600,000 – but he is not ranked.

The Cubs have long had a presence in Korea, so if they’re devoting $1.2 million to this young man – plus the overage – it’s clear that they believe he’s a quality prospect.

It’s possible Kwon will now come to the States to begin working out in Arizona, though I doubt you’ll see him in rookie ball games this year. Instead, he may do instructionals this fall, and then play rookie ball next summer.

You can watch some video of Kwon here, but, I’d caution you if you haven’t watched high school prospects before and you’re not a scout: unedited game film can be an ugly thing.