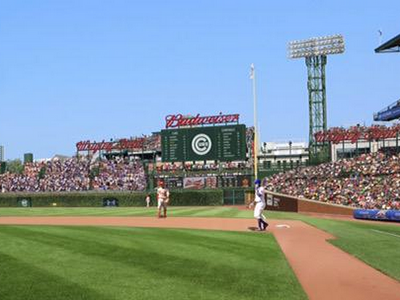 Daniel Norris was one of the primary pieces in the David Price trade earlier this year. Known for his lefty arm, Norris showed off his bat during batting practice today at Wrigley Field:

So Daniel Norris just broke one of the Cubs new scoreboards during batting practice. pic.twitter.com/3VcfEby6zk

You can see the broken panel(s) in the Cubs’ latest tweet, too (enlarge the picture on the right):

Two-time Major Champion @ZachJohnsonPGA joined us for today's first pitch, and he brought some hardware. pic.twitter.com/uwpO43jzJx

At least Norris was apologetic for his herculean strength:

And, I kid, of course. Because that’s pretty awesome to pull off, especially for an AL pitcher who has exactly ZERO plate appearances at any point in his professional career.

Treat him carefully tomorrow at the plate.