Holy Crap: You Must Watch This Cubs-'Perfect Strangers' Mashup Skip to content 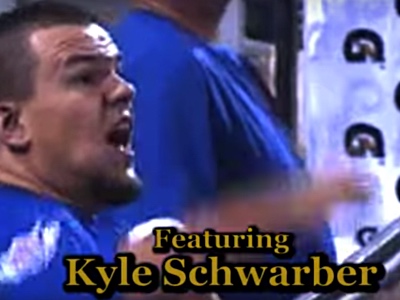 A couple weeks ago, as part of a promotion, the San Francisco Giants put together a video spoofing the ‘Full House’ intro using Giants players. It was, admittedly, pretty awesome.

Presumably in response, a Pirates fan grabbed another ABC classic and mashed up the team with the intro from ‘Family Matters.’ It was also very good.

I wrote about both in various Bullets installments, and with respect to the latter, I half-seriously half-jokingly suggested that someone should immediately do one of these for the Cubs using the ‘Perfect Strangers’ theme. The show was famously set in Chicago, and there’s something about Balki’s unwitting optimism and naive success (embodied in the lyrics to the theme song) that just felt like a fit for this year’s Cubs.

Duuuuude. Then Joe Lee totally did it. AND IT’S FREAKING AWESOME. The clips are spot-on, he recreated the look and feel of the intro, right down to the classic-looking footage:

Give the video a like, share it with your friends, and give Joe some love. I suspect a lot of work went into that baby.

Sometimes the world looks perfect,
Nothing to rearrange.
Sometimes you just get a feeling
Like you need some kind of change.
No matter what the odds are this time,
Nothing’s going to stand in my way.
This flame in my heart,
Like a long lost friend,
Gives every dark street a light at the end.

The rain and thunder,
The wind and haze,
I’m bound for better days.
It’s my life and my dream,
Nothing’s going to stop me now.