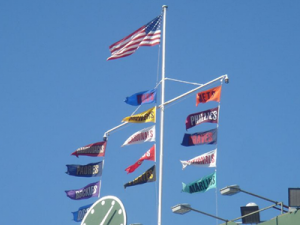 What with the homers in the game, Jake Arrieta being Jake, Starlin Castro having a great day, and the late hour at which it concluded, I’m not sure I’ve yet done a great job hammering home just how big that win was. So I’ll say it again.

Even as the Cubs and fans set their sights on the Pirates and Cardinals in the NL Central, there’s a baseline to be accomplished over the next month – a floor for what now, given the preceding five months, looks like success: make the playoffs. Sure, grabbing that top Wild Card spot or, much better yet, the divisional crown, remain achievable and laudable goals, but lets not lose sight of where things stood back in March. My mantra then, when folks asked me what I realistically hoped for in 2015 for the Cubs: “I hope they’re playing meaningful games in August and September with a real shot at making the playoffs.”

So, setting aside Wild Card placement or divisional chances, let’s take a moment simply to point out that the Cubs have unequivocally fulfilled that hope. It’s not even September yet, and I know they’ll be playing meaningful games in two, three, four weeks. That’s pretty awesome.

And, as for the shot at making the playoffs?

Well, when you beat your closest Wild Card competitor in late August to expand the gap to 7.5 games, it does some things to your playoff odds.

At FanGraphs, the Cubs have a 97.3% chance of making the playoffs.

Sure, unbelievable collapses do occasionally happen. But the odds are overwhelmingly in the Cubs’ favor right now: they will almost certainly appear, at a minimum, in this year’s NL Wild Card Game.

The next thing I’d like to be able to say when doing one of these updates? That the Cubs have improved their division chances significantly, and that the Cubs are, at a minimum, likely to host that NL Wild Card Game at Wrigley Field.

For those reasons, even with playoff odds approaching 100%, the games are going to remain highly meaningful deep into September.