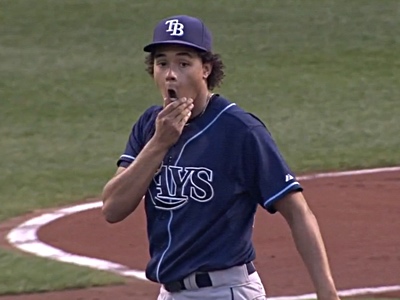 Covering good distance on an opposite-field shot by an Orioles infielder in the bottom of the first, headed for the wall in right center, timing the jump perfectly, catching the ball at at the peak of the jump, while slamming into the Southwest logo on the wall and holding onto the ball.

Rays outfielder Kevin Kiermaier did the exact same thing last night – literally everything I typed there is exactly the same – and I’m trying to decide if his catch was even better:

I’ve watched these a bunch of times, and I think Trout’s is probably the “prettier” catch, but Kiermaier’s might’ve been just as difficult and impressive.