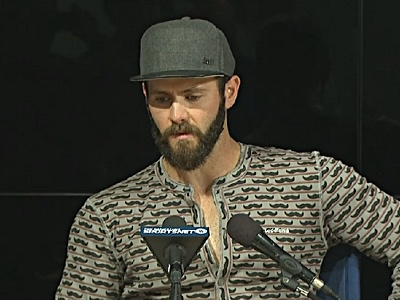 Between the raw stuff, hitters’ reactions and inability to generate hard-hit balls, one could surmise that Jake Arrieta put himself in an elite category of pitchers with his performance in Sunday’s no-hitter.

And while the no-hitter is just the tip of the iceberg, it is safe to say it as Arrieta is literally putting together one of the great pitching seasons in the modern era of Cubs baseball.

Arrieta is having one of the best seasons this generation of Cubs fans has ever seen and can still stand to be better as the rest of the season could yield five or six more starts.

All while the Cubs are pushing toward a postseason spot makes this even more impressive.

The no-hitter was the cherry on top as he had the ideal balance of composure, command and stuff come together in a perfect storm in what was one of the best pitched games in recent memory.

The 98 game score is tied with no-hitters by Chris Heston and Cole Hamels and Corey Kluber’s eight-inning one-hitter for the second best in baseball this year. Only Max Scherzer’s near-perfect no-hitter (100 game score) rates higher. You can take a peek at those games here.

Here is a look at every game score of 90 or better for the Cubs over the last 50 years, via baseball-reference.com:

Arrieta is the author of the second and third best game scores for a Cubs pitcher since 1965. So, maybe it is of no coincidence that Arrieta’s 10.4 fWAR since the start of the 2014 season is tied for the fifth best in baseball with Max Scherzer.

So, what does he do for an encore?

I guess we’ll have to tune in today and find out.