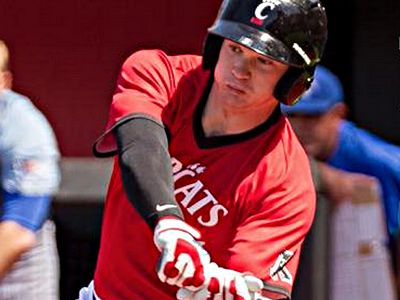 The minor league season is over, but that doesn’t mean baseball is done for all Chicago Cubs prospects. Some, who got a little bit of a break the last couple weeks, will head back to Arizona to continue working in the Instructional League starting today. As its name implies, the “league” is heavy on instruction, where younger players can work on particular aspects of their game within an especially controlled environment.

Some of the players will actually wind up pairing with prospects from the Angels organization to play games against other teams so they can get additional at bats/innings (Cubs.com), while other players will instead focus on their side work. It’s not going to look like a league that you’re used to (like the Arizona Fall League, for example), but we should still get some eyes on reports and updates from time to time.

Top 2015 pick Ian Happ, who played exclusively in the outfield in his professional debut, is expected to get some work in the infield in instructionals, which could set him up for a transition next season, could increase his versatility going forward, and/or could confirm that the outfield is his best spot going forward.

Baseball America has the Cubs’ full Instructional League roster, and you can see, among other things, that 2015 draftee (and infielder) Vimael Machin will get work behind the plate, and catcher Yohan Matos will see time in the outfield. Matos, 18, was among the success stories in the DSL last year, but appeared in only 23 games this past year in the AZL. He’s interesting.

You’ll also note that a number of the Cubs’ newest IFA prospects making their first stateside appearance in the league, which an exciting first look before they (likely) head to the DSL and VSL next summer to make their professional debuts.