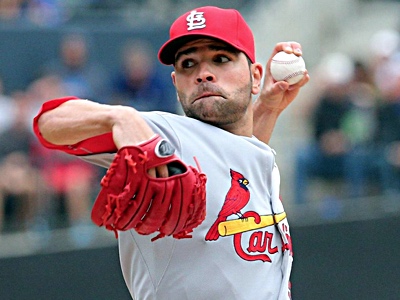 The loss last night made me feel sad. But I do have to remind myself that, without losses that bum me out, wins like the Wild Card Game on Wednesday don’t feel as incredibly awesome. That’s baseball, that’s life, and that’s why we are compelled to keep following and watching.

Not that it makes me feel better about the loss, itself. Only a win today could do that.

META: If you follow BN on Twitter, you’ve likely become accustomed to the “ICYMI” (in case you missed it) tweets. Some folks find them unnecessary, but the truth is, Twitter is so fast-moving that most people really appreciate them – indeed, sometimes you do miss stuff. As a huge help to me, those tweets are automated (essentially, they’re scheduled to go out automatically after a certain period of time when the post is originally published), because doing it manually would be logistically impossible.

Occasionally, that leads to goofs – something gets inadvertently sent back out that’s no longer useful is the most common example (like a Pre-Gamin’ for a game that ended hours ago). Last night, there was another example: something gets auto-tweeted at a particular tone deaf time, like a post about Eddy Julio Martinez just as the Cubs and Cardinals are moving into the later innings of a playoff game. It was all automatically set up six hours earlier and it’s Cubs relevant, so I don’t feel particularly bad about the oopsie – I deleted the tweet when I saw it – but, boy, it REALLY pissed off a person or two on Twitter. (It also annoyed me because, in the interim, additional Martinez info came out – more on that later – which made the Tweet a little stale.) I assume they were mostly taking out their Cubs-related frustration on me, which, whatever, but I still thought I should mention this in case it bothered any of you.

All of this is to say: if you see an ICYMI tweet that doesn’t make a ton of sense, now you know why. I do my best to avoid them within the confines of what is realistic.

Obligatory plug: everything I do on the BN Facebook page is entirely manual, all by me, so there is never any tone deafness! You should totally like BN on Facebook! You’ve been tricked! This entire META section was an ad for the BN Twitter and BN Facebook page!