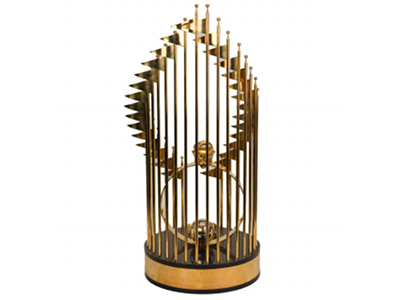 If you’re a Mets fan … oof. Two nights in a row they led into the late innings, and two nights in a row, the Royals beat ’em. And that’s how the World Series was lost. It’s not like the Cubs’ end in the NLCS was any more ceremonious, but I’m sure this was even more painful for Mets fans.

Matt Harvey was cruising – dominating, even – through eight innings, and, at 102 pitches with a two-run lead heading into the 9th, it seemed like the time to make a change. But Harvey talked Mets manager Terry Collins into letting him come out for the 9th. A walk and a double later, Collins pulled the plug, but both runs scored thereafter.

The game made it to the 12th from there, when the Royals exploded for five runs, and wound up winning 7-2.

Salvador Perez was the MVP of the series, which is a nice honor for the young man. Yup, young man – despite seeming a veteran at this point, Perez is still just 25.

Kudos to the Royals for winning the tournament. They were playing exceptionally well throughout the playoffs, beat some very good teams, and now get to call themselves World Champs for the first time since 1985. Of course, with 30 teams in baseball, if everything were equal, you’d expect a team to win the World Series about once every 30 years, so ….

… of course, we know full well that everything is not equal. So, enjoy it, Royals fans. I can only imagine how it feels to get so close last year, and then get to actually bring it home this year. In 12 months, I hope I no longer have to try and imagine.