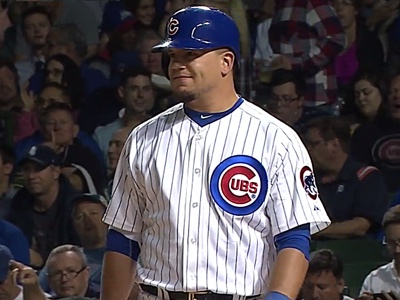 A fascinating Jon Roegele article at The Hardball Times near the end of the season (as a general rule: if he writes something, you should read it) looks at monthly trends and relationships with respect to run-scoring over the past several years. That is to say, he examines possible explanations for why run-scoring changes over the course of the year, typically reaching a low point in September. You can and should read his article for some of the examined theories on that, but I wanted to hone in on a particular part of the article (which actually runs counter to the theorizing in the rest of the piece).

We know that batters, in the aggregate, perform better against pitchers the more times they see that pitcher in a given game; Roegele found that, generally, the same is true over the course of a season and career. That is to say, the more times a batter sees a particular pitcher in his career, he generally performs better against that pitcher. Although there’s probably some noise in there, you can’t say it’s just a matter of survivor bias, because the batters and pitchers who face each other 10 to 15 times in a career have both been good enough to survive in the big leagues for multi-year careers.

In short, it really does look like familiarity breeds an advantage for the hitter over a long enough horizon.

There’s an internal logic there, as the act of pitching seems to bring with it an early advantage – hitting a baseball is so hard that, when you have almost no idea what is coming or how it might look, it becomes all the more difficult. As a player sees a pitcher more (indeed, sees all big league type pitchers more), gets a better sense of the pitcher’s approach, repertoire, delivery, release point, spin, etc., and practices hitting off that particular pitcher, it’s logical that he would improve.

Why is this of particular note to the Cubs? Well, the Cubs have a disproportionately strong, young, offensive core. That is to say, improvements by young offensive players arguably benefits them more than any other team in baseball.

And that same young core is as inexperienced against the pitchers they faced this year as any group in baseball.

In theory, then, not only should the Cubs’ young hitters improve because they’re facing more big league pitching, generally, they should also improve because they’re facing some of the same pitchers more and more, specifically. And, since the Cubs could have as much “improvement” in that arena as any other team, you may see some very nice steps forward, overall, for the Cubs’ offense in 2016.