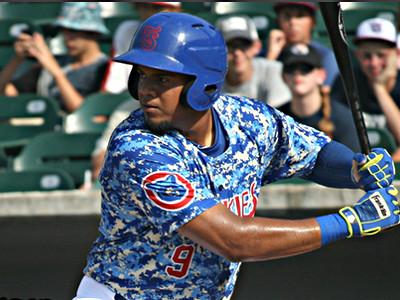 Today’s the last day for the 20% off sale at the BN store on orders of $30 or more. Just use the code JOY20 when you check out.

People ask me if the Giants should sign Byung-Ho Park as Brandon Belt insurance. I don't know. But I do know this: pic.twitter.com/KB0qDrrL5x

META: Sometimes you don’t know exactly what you’re doing until you’re doing it. As I was doing my periodic posts for BN Baseball – a new, small side project I mentioned in the Bullets a few days ago – and thinking more about what it is supposed to be, I kept prompting my self to drill it down to the simple version of what I was trying to do with the site. Why I thought it should exist. I wasn’t trying to create a “baseball-wide” version of what we do here at BN. This place is about obsessing about the Cubs in a comprehensive way.

Here at BN, we definitely enjoy the Cubs and the sport, but there’s inarguably a seriousness to the way we treat things – analysis, statistics, finances, etc. I don’t intend to get away from that, but I also don’t want to forget the silly, child-like fun that drew us all to the game when we were younger: baseball is fun. That’s what I wanted BN Baseball to be – a place to curate and enjoy the moments of and about baseball that remind us how fun it is. And the more I thought about it, and the more the specific goal crystalized in my mind, the more I felt like “BN Baseball” wasn’t really consistent with what I was going for. Why not just call the place what I want it to be? Say what you mean.

So, that’s a very long way of saying BN Baseball is now Baseball Is Fun. Same site, same concept, different name. I’m working on a new logo. You’ll have to give me a little time on that one.