Braves Reportedly Trade Andrelton Simmons to the Angels, Could Be the First Move of Many Skip to content 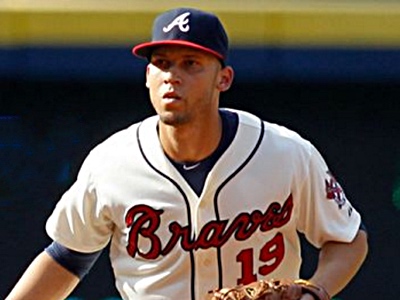 Sure enough, a trade involving Andrelton Simmons was close.

According to multiple reports (first broken by Jesse Sanchez), the Braves sent the defensive star to the Angels for their top pitching prospect Sean Newcomb, as well as pitching prospect Chris Ellis and infielder Erick Aybar. The pitchers were the top two prospects in the Angels’ system according to most, which isn’t necessarily saying a ton about Ellis, given how far down the Angels’ system has been. Newcomb, on the other hand, is a top 50ish prospect in all of baseball.

It’s a nice return for the Braves, though it does confirm that Simmons’ value was not perceived as otherworldly (as I discussed this morning).

With the Braves’ sale on, do they shop an arm like Julio Teheran’s next? He was connected to the Cubs in rumors at the Trade Deadline, and, if you buy that he needs a change of scenery, there’s a ton of upside on a reasonable contract. Shelby Miller would be another interesting target, though he’s only just reached arbitration for the first time, and the Braves might not be as inclined to move him.