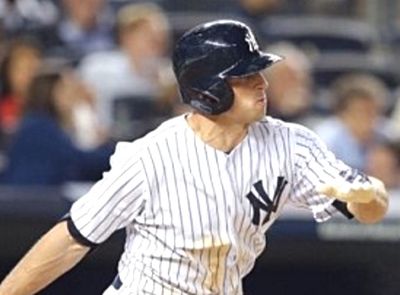 This morning, the baseball rumor world – well, among Cubs fans and Yankees fans, anyway – lit up with a report out of the New York Daily News that the teams had discussed a Starlin Castro for Brett Gardner swap. My reaction, which was consistent with most Cubs fans, it seems, was that Gardner isn’t a horrible fit for the Cubs, and Castro isn’t off limits, but that particular swap doesn’t seem like a fair deal. Among Yankees fans? You guessed it: not really a fair deal for the Yankees. We are who we are.

That said, all who evaluated the rumor seemed to agree that, while there was some kind of superficial fit there, it didn’t really make sense for two teams that are much more likely to use their positional trade chips to pick up pitching.

And, indeed, the rumor has been shot down … interestingly, it appears to be coming from the New York side:

Re: Gardner-Castro, I'm now told the Yankees are not interested in such a deal, but could be interested in Castro at another price.

there's been no talk of gardner for castro to this point. NYY seek pitching in deals. they dont mind ackley/refsnyder combo

Although the “interested in Castro at another price” portion of Feinsand’s tweet is worth noting, I’d point out that the “another price” should probably fairly be a “higher price.” So I’m not really sure how much stock to put in any of this. It appears that Feinsand heard something, reported something, and then immediately heard from Yankees sources that it wasn’t legit. Whether it was entirely bogus or whether there was some intentional leaking going on, I think we can conclude that this particular swap is not going to happen right now.