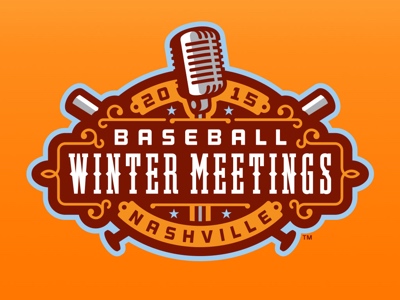 Tomorrow, the Winter Meetings begin in Nashville, Tennessee, a location that brings me much relief. No, not because I’ll be there – my best use to you right now is being chained to my laptop and phone – but because it’s not in the Pacific Time Zone, like the meetings were last year in San Diego. That meant that, for me, everything required me to stay up three hours later than usual. And, because the meetings are so densely packed with rumor and transaction goodness, you couldn’t bank on things winding down until 10pm local time at the earliest – aka, 1am my time. Each night, then, I stayed up to 1am, set an alarm for 3am (midnight there in San Diego) so that I could briefly check in, make sure nothing huge had broken, and go back to sleep.

It was insane, but I was glad I did it – you’ll recall that word of Jon Lester finally choosing the Cubs didn’t come until well after midnight last year.

Thankfully, this year, I shouldn’t quite have to do that. Late nights and early mornings, sure, but probably no 3am alarm clock.

As for tonight, most eyes will be on the big Reds/Dodgers Aroldis Chapman rumor, but here are some other things percolating as executives and agents descend on Nashville …

Cubs and Tampa have some match ups they are talking about. ( Jake McGee 5-1 strikeout ratio is intriguing )