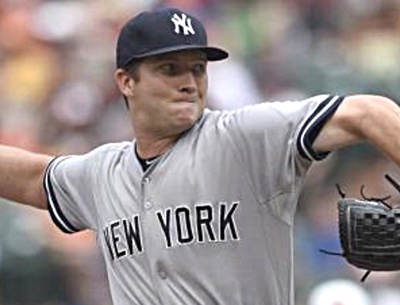 That sentence, right there, has taken over a majority of the headlines in the Cubs’ non-Jason-Heyward-related universe, and deservedly so. Before being traded, Castro had been on the Cubs longer than anyone (including the front office), had been the promise of the future, the frustration of the rebuild and, at the end of the season, the hero we knew he could be. He was a favorite to many and he will be sorely missed. BUT, there is another way to spin that headline, and it is the way that is more directly tied to the Cubs future …

Oh, right. It was a trade, and the Cubs got something in return. While Castro deserves all of the love and best wishes he gets, it’s time to turn our attention back to the future (heh) and see what Warren is all about. This is that attention.

Rough start, but how’s he been since?

Well, before we address that, you need to know that, over the past three years, Warren has split his time as both a reliever and a starter in the major leagues. Expect him to do the same with the Cubs.

If you’re not immediately impressed by his numbers as a starter, I don’t blame you, but there is much more to the story than meets the eye. (Also, 106 innings is not a huge sample, especially when you are swinging back and forth between the pen and the rotation.)

Indeed, Warren has quite the potential as a starter, according Fangraphs’ Eno Sarris, and it has to do with his impressive arsenal. According to Fangraphs, Warren is capable of throwing five pitches: two fastballs (both two seam and four seam), a changeup, a slider and a curve ball. His fastball sat a bit above 94 MPH as a reliever and settles just below 93 MPH as a starter. While he doesn’t over power hitters with velocity then (though that is still plenty strong), Warren makes up for it with movement. His fourseam fastball, for example, is what they call a “rising fastball,” due to its movement (it doesn’t actually rise, it just comes at the batter in a way to make him perceive a rise). According to the experts, a rising fastball is one of the most platoon-neutral pitch in baseball (meaning that it is equally effective against righties and lefties). With a pitch mix that robust, good velocity and interesting movement, Warren has most of the tools needed to succeed as a starting pitching. For more on what Warren throws and how good he can be, check out that Fangraphs article, here.

To summarize, Warren has experienced some solid success as a reliever, some mediocre success as a starter and some positive reviews regarding his potential down the line. So what do the early projections say about him for 2016? In short, they LOVE him.

This is Adam Warren's ZiPS as a full-time reliever. pic.twitter.com/vGXcX8pTqp

The Cubs have said the plan is to stretch Warren out for a potential spot in the rotation, but that it’s also possible he’ll wind up in the bullpen. Given where things are right now, my guess is that Warren starts the season out as a reliever, in a role not unlike what we saw last year from Travis Wood, Trevor Cahill and Clayton Richard; a role that, as we know, looks something like being used for a one-off matchup, an entire inning or multiple innings several times a week. Super utility pitchers.

Moreover, I’d bet that, all things equal, Warren is the first guy to step out of the pen and into the rotation should the need arise. He has projections and youth on his side, as well as three full years with the Cubs. If a space does open up, you might as well give the opportunity to the 28-year-old starting pitcher you have under control for three more years who projects to be very, very good. Depending on how the rest of the offseason shakes out, he might even wiggle his way into the rotation from the get-go.

While Warren isn’t exactly one of the “controllable young starters” we all had in mind when the offseason began, he might very well be as good as any of them AND has already been battle tested in the bullpen (as a potentially very attractive fall-back option). Given that he made just about half a million dollars in 2015 and is entering his first year of arbitration in 2016, Warren is hugely affordable (as a reliever and especially as a starter) and is under control for three more seasons. Pretty much any way you slice it, Warren looks like a valuable asset. That the Cubs were able to get Warren in exchange for Castro (who was passed over on the waiver wire in August, where he could have been grabbed for free) and not take on any money is nothing short of impressive.

You can read more about Warren and the trade here, and check out some of his videos down below: