The Cubs Should Still Add Starting Pitching - How About Some Low-Risk Depth? Skip to content 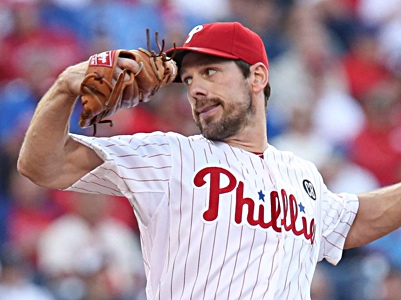 Every team would love to have more quality starting pitching. Think you have too much pitching, the old saying goes … you need more pitching.

So let’s put something to bed right up front: the Chicago Cubs could of course stand to add another quality starting pitcher. I am unsurprised, then, to hear Bob Nightengale suggesting that the Cubs will get another starting pitcher before the offseason is over, and to read Jim Bowden suggesting the Cubs are still entertaining trade options for adding another starter.

Where things get a little trickier, however, is when you drill down into what kind of pitcher, what kind of cost is reasonable given the teams’ assets and needs, and what kind of player would realistically sign on (if it were a free agent) to the current Cubs?

On that last one, I don’t mean it in a bad way – I just mean that free agent starters will look at a Cubs team with a full rotation, plus two additional guys you wouldn’t mind seeing get some starts to see what they’ve got (Adam Warren and Trevor Cahill), and they might ask themselves how realistic it is for them to get a starting gig.

That’s the main reason, when we talk about the Cubs still picking up a starting pitcher, it comes in two flavors: trading for a younger, cost-controlled starter (because then it’s not up to him), or signing a younger international guy like Yaisel Sierra (who wouldn’t necessarily need to contribute immediately).

But there’s one more category of pitcher to consider, and we’re entering the part of the offseason where it bears more discussion: starting pitchers who don’t land a significant contract elsewhere and could be looking to sign on somewhere as a depth/reclamation type. Luis looked at some of these types last month, and the Cubs actually subsequently signed one of them in Cahill. Brandon Morrow wound up re-signing with the Padres on a minor league deal. Tim Lincecum and Doug Fister are still out there, as Luis mentioned. There are also guys like Mat Latos, Brandon Beachy, Justin Masterson, Jeremy Guthrie, Mike Minor, and – *ducks* – Edwin Jackson, among others.

There’s also Cliff Lee, who didn’t pitch in 2015 after a flexor injury, and is 37. But he was so good that almost any team would be willing to take a flyer on him on a minor league deal if he were willing to come to Spring Training and show what he could do. It’s still in question whether he’s willing to do that, or if he’ll require a big league deal.

Even if it did come to Lee taking a minor league deal, I’m not sure the Cubs would be his team of choice, given the rotation depth. It’s nice to dream on 2008-13 Lee, though. And, hey, you never know – maybe the lure of being on the Cubs team that does it, near the end of his career, would be strong for him.

In any case, if there isn’t a perfect trade to be had – and I remain very much on the fence about the Cubs giving up Jorge Soler or Javier Baez right now – then these are the types of pitchers the Cubs could most realistically still go after in advance of Spring Training.

And, truth be told, I’d love for the Cubs to be able to land a solid but flawed (maybe coming off injury, maybe a little older, etc.) starting pitcher on a minor league deal (without the flaw(s), that wouldn’t be realistic) to give them just a bit more of a buffer in the rotation in case of a rash of injuries or ineffectiveness in the Spring or the early season.