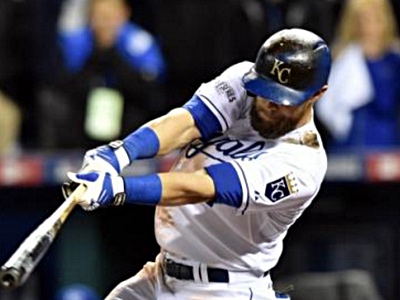 After an offseason that started out with him surprisingly attached to the Chicago Cubs in rumors, and then saw his former team reportedly have “no chance” to re-sign him, Alex Gordon is, of course, re-signing with his former team.

That’s the report from Jeffrey Flanagan, who says an announcement on a multi-year deal could come soon.

As we said at the outset of the offseason, it always seemed most likely that Gordon would eventually re-up with the Kansas City Royals after declining a player option for 2016 (and declining a qualifying offer). Gordon, 32 next year, has been something of a hometown hero for his entire career, and may not have found a megadeal out there given the crowded outfield market and his age.

Now we await the contract details, and whether there’s attendant fallout in the rest of the outfield market. The Cardinals had been, at one time, tied to Gordon, but they clearly weren’t going to pay top dollar given their still-kinda-crowded outfield (even after losing Jason Heyward and trading Jon Jay).

The Giants may have been a Gordon suitor, but is it possible that they decided to go in another direction – Dexter Fowler, perhaps? – which spurred Gordon to finalize a deal with the Royals?

I can’t help but wonder if we’re suddenly going to see a fair bit of movement in the erstwhile jammed-up positional free agent market. Of course, we thought the Jason Heyward signing would do that, and here we are nearly a month later, still waiting.

UPDATE: Jeff Passan reports that the deal is in the four-year, low-$70 million range, which is eminently reasonable for Gordon. Actually, it’s a hell of a good deal for the Royals. Still, given the way the market shook out, you can understand why it played out this way. I don’t think the Cubs are going to regret their Heyward deal by any stretch, but I do think some of these other outfielder deals could come in at surprisingly low numbers.