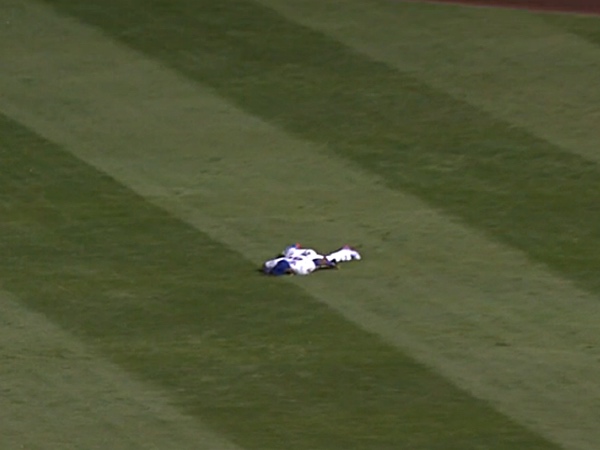 We know that adverse weather conditions have an impact on player performance. The body simply doesn’t perform at its best when it’s freezing out or raining or snowing or winds are tearing the flesh from your bones.

In baseball, though, we generally figure the weather conditions, being applied equally to all players, will typically not favor some outcomes over others. Furthermore, baseball simply isn’t played in some of those weather conditions. So, then, while we might discuss the impact of the weather on a particular play if it was wonky for some reason – or the wind, if it’s howling at Wrigley Field – we don’t always talk about how the weather could be impacting some players in ways different from other players.

Until Jorge Soler, that is.

Thanks in large part to his generous use of the balaclava mask when it was cold out, and in part to temperate-related split stats that indicated poorer performance in the cold (but may not actually have indicated more than small sample size), we actually talked quite a bit about how the weather could impact the Cubs – and Soler – disproportionately to the other team. I’m still not convinced that Soler is now, or will always be, more troubled by the cold than other players (at least not so much more troubled that it will continue showing in the results), but it does make for an interesting topic.

To that end, and in a non-specific Soler way, this read at The Hardball Times was especially interesting. In short, the part on which I focused (there are many parts) is an analysis of how cold weather impacts various position players – by position – at the plate. We already knew, intrinsically, that it’s hard to hit in colder weather – that’s part of the reason offense tends to start slowly and then peak in the summer months – but the study indicates that the difficulties are not evenly spread across the positions.

When the weather is at its coldest, the study indicates, outfielders – especially outfielders who aren’t involved in any plays in the half-inning before they bat – are far more negatively impacted at the plate than catchers and infielders.

That’s something to think about when trying to contend with the often frigid early-season elements in Chicago. Perhaps Cubs outfielders should be told to jog around in the outfield a little bit after each batter, whether they’re making a play or not?

We’ll also have to keep it in mind when evaluating Soler’s offensive performance next year in cold-weather games – maybe it’s not just Soler who has trouble standing around in the cold outfield and then coming in and trying to hit.