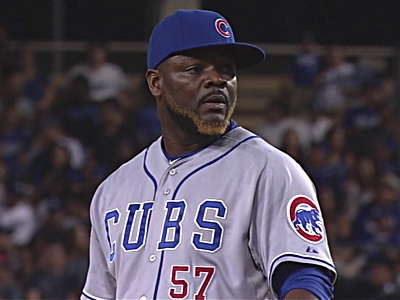 Although he was very successful with the Cubs down the stretch, and although he’d been connected to the team in various rumors after reaching free agency, it doesn’t sound like Fernando Rodney will be reuniting with the Cubs:

sources; padres and fernando rodney are closing in on a deal

Given the Cubs’ supremely crowded bullpen (there’s going to be a dog fight among quality pitchers for the 8th spot in the pen, assuming there is an 8th spot), I can’t blame Rodney for opting to head elsewhere (or the Cubs for declining to go to whatever level the Padres did).

San Diego is probably a pretty good spot for Rodney to land, all things considered, given the holes in the back end of their bullpen.