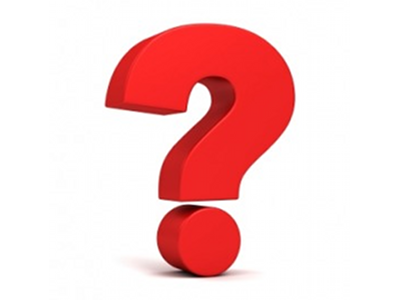 Here it is. The first installment of the newly-developed, totally-original segment, Ask Away. In case you are unfamiliar, I (Michael) will be doing a weekly mailbag each Friday, answering several questions about the Cubs, baseball, Bleacher Nation or anything else that catches your, and my, eye.

Thank you to everyone who already sent in questions – there have been a lot of good ones. Hopefully, you understand I can’t respond to all of them, but I’ve read each. If you want to send in your own questions for next week, shoot an email to AskAway at bleachernation dot com. In addition to your questions, include your name (username too, if you have one) and hometown (if you like). I’ll be playing around with the length/total number of questions as these go on, but for now I’m planning on three serious questions and one to three funny/personal/meta ones, if they’re good.

So without further adieu, go ahead and ask away …

If Jason Heyward does opt out of his contract after his third season with the Cubs, will the Cubs be able to extend a qualifying offer? – Aris

Yes, if (and most likely, when) Jason Heyward opts out of his contract after year three, the Cubs will be allowed to extend him a qualifying offer. Then, if he declines the offer and signs elsewhere, the Cubs will receive a compensatory pick for their loss. Most recently, this happened with Zack Greinke and the Dodgers/Diamondbacks.

It is apparently possible to have a special term written in the contract to prohibit making a player a qualifying offer – if you recall, Yoenis Cespedes had a specific clause in his original contract with the A’s that denied his team the right to extend a qualifying offer. Of course, that team ended up being the Mets (who just resigned him), so it didn’t make a big difference. There has been no indication that there is such a term in Heyward’s contract (or any other besides Cespedes), though.

Is there a particular danger for the Cubs’ standout rookies of last year taking a step back in 2016? – Adam

There is always a likelihood of regression, and, young players’ performance is typically more volatile than that of middle (baseball) aged athletes. However, baseball has been trending increasingly younger, and I believe there is still a ton of room for each player to grow. Addison Russell and Jorge Soler, for a couple examples, are good bets to have better overall seasons in 2016 than 2015. Kris Bryant had a monster year in 2015, so some regression might be expected, but I don’ think there are too many people overly concerned about him right now.

But then, there’s Kyle Schwarber. Although he was enormously successful right out of the gate, Schwarber dealt with some struggles later in the year, with a .177/.301/.354 line after August 20 (he was great in the playoffs, though). For that reason, you might have him pegged as a big-time regression candidate, after some light digging into his statistics. HOWEVA, as I dug further, I uncovered some very convincing numbers in support of what might ultimately be another monster year. I’ll have an article on this, specifically, sometime soon. So, stay tuned.

How much of the year will the Cubs go with an 8-man bullpen? – Brad

I say the Chicago Cubs will utilize an 8-man bullpen throughout the entire 2016 season, and I’ll explain why. This season, the Cubs are going to pull starters earlier than what we’re used to seeing. They’ll want to better preserve the arms of Jake Arrieta and Jon Lester (hopefully) for the playoffs, as well as limit the third-time-through the order exposure of Jason Hammel and Kyle Hendricks. Even with four super utility pitchers – Trevor Cahill, Travis Wood, Clayton Richard and Adam Warren – the bullpen will be heavily taxed, requiring an 8th man.

More importantly, all of that is possible because of the makeup of the bench and roster. The Cubs have acquired a team that is ripe with versatility. Their left fielder (Schwarber) is also a catcher, their center fielder (Heyward) is the best right fielder in baseball, their third baseman (Bryant) can play all three outfield spots, their second baseman (Zobrist) is capable of playing every position on the field and their bench has two starting-caliber players (Javier Baez and Chris Coghlan) that are capable of playing many different positions. With such extreme depth and versatility, the Cubs can afford to have a shorter bench in exchange for an additional reliever.

And now for the fun stuff …

Who is most likely to hit a home run off one of the rooftops? – Chris

Not the easiest question, with all of the insane power on this team, but I’ll stick with Kris Bryant. I think he definitely has the most raw power on the team – which is saying a lot.

Is a hot dog a sandwich – Matthew

I know this question is retread over and over, but I’m putting it to bed right now. No, no it is not. Not everything with two pieces of bread and meat/sauce/veggies in-between is a sandwich. If I take two pieces of sausage pizza and slap them face down on each other do I have a pizza sandwi … I think I just came up with the best idea ever.

What is the weirdest thing you’ve ever eaten? – Shane

I am somewhat of a foodie, so I love trying new things for the sake of trying them. I don’t know about the weirdest single thing, but in my life I’ve had alligator, frog legs, ostrich, kangaroo, bone marrow and every type of seafood I can think of. If anyone has any (realistic) suggestions, drop them in the comments and I’ll give it a go.

[Brett: One time, I had pancakes with the blueberries right there in the batter!]
Filed to: Chicago Cubs
Latest from Bleacher Nation: