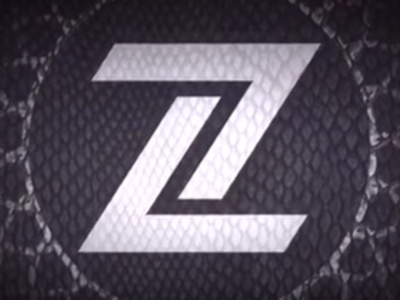 We recently learned that big-time Cuban prospect Lazaro “Lazarito” Armenteros – see his personalized logo there (seriously) – could command a bonus of upwards of $20 million, which will cost his signing team nearly $40 million total when the tax penalty is factored in.

Further, we learned that the Braves are in on Lazarito, which opened the door to questions about just how large his market is going to be. Because the Braves are not currently in the max penalty range for their IFA signings in this period, it would be risky for them to sign Lazarito now, putting them into the max penalty range, but not having had the benefit of signing a ton of players when the period opened back in July (because those players have long already signed with teams like the Cubs and Dodgers).

Could it be that the Braves are instead going to try and entice Lazarito to wait until the next period to sign? That means July 2, which is a long time to wait. But if you’re just 16 and you’re trying to maximize your market, it’s probably worth at least telling teams you’re willing to wait so that your market isn’t limited to the small number of teams that have blown out their pool in the current period (Dodgers, Cubs Royals) and the small number of teams that are willing to blow their pool at this late stage in the current period.

Sure enough, that’s what Lazarito’s camp is saying, according to Jesse Sanchez. Although he might make a decision on signing with a team as soon as next week, the slugging outfielder is also willing to wait until July 2 to sign if the best fit is coming from a team that wants to wait until then.

We heard a similar story last year at this time with respect to Yoan Moncada, but he did not end up waiting. Then again, Moncada was a couple years older than Lazarito, and we also don’t know that there was going to be a better deal for him in July than the monster deal the Red Sox gave him anyway. In other words, I’d take Lazarito’s willingness to wait a little more seriously.

According to both Sanchez and Bob Nightengale, there are nine teams seriously pursuing Lazarito, which almost certainly must include both the Cubs and Dodgers, even if just for the logistical reasons of them being in the max penalty right now, so why not make an offer? The aggressiveness of those two teams, however, is unknown, as are the identities of the other seven involved teams. Again, the Braves appear to be one, and I’d bet that the Nationals and Padres are two other teams, based on Ben Badler’s previous reporting that they, together with the Braves, are expected to blow out their budget come July 2. The Rangers are always aggressive internationally, so there’s a likely sixth team. Keep in mind that the Yankees, Red Sox, and Rays cannot be in on Lazarito in the current OR the next period because they blew things out last year (the penalty period is two years).

I could probably come up with a list of other likely candidates, but I’d just be doing more educated speculation. For now, I think it’s safe to say the Braves are probably very serious about landing him, the Dodgers are in on everyone and are probably readying an enormous offer, and the Cubs are probably at least involved in some way because there’s no reason not to at least take a swing now that they’re in the max penalty and will soon face two years of not being able to sign any IFAs for more than $300,000.

With Lazarito willing to wait until July 2 to sign, and with as many as nine teams seriously involved, though, it would be a surprise to see the Cubs land him. But, as I’ve mentioned many times before: where and when Lazarito lands will impact the market for the rest of the available Cuban prospects, many of whom are extremely interesting. So, even if they don’t get Lazarito – indeed, even if they don’t make a huge offer at all – this story could still turn out well for the Cubs.

Either way, it sounds like we could get more clarity on this next week.