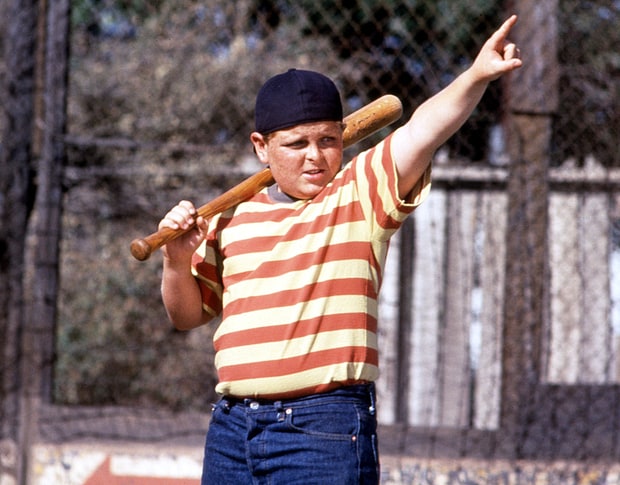 If you read Bleacher Nation regularly, you know that Brett and I are relatively huge fans of the Chicago Cubs (to put it lightly). Brett, of course, is such a big fan of the Cubs, that he started writing about them every day, nearly eight years ago, just for fun.

What you might not know, however, is that besides the Chicago Cubs, I am what some people would call a movie junkie.

In fact, a few years ago, I created my own website/blog – not unlike Brett did with Bleacher Nation – covering, rating and reviewing movies. It has since been retired, but my love of movies has continued to grow. I still keep track of every movie I watch [Brett: it’s an absolutely insanely long list], tweet about them from time to time, and constantly bore my friends with unimportant details, opinions and recommendations – for as long as they’ll let me talk.

Back in college, several of my friends shared the same double enthusiasm for baseball and movies, so we created a simple tradition that we just liked to call “Baseball Sunday.”

Every Sunday, starting at the beginning of Spring Training, my friends and I would watch one or two baseball movies to get amped up for the season. It didn’t matter if we’d seen these movies once, twice, or a million times; the point was to get baseball on the mind and think of the countless hours of bags, bats, balls, gloves and hits we had ahead of us.

I want to bring that tradition here to Bleacher Nation.

So from now until Opening Night (April 4 in Anaheim), I am going to watch 20 of my favorite baseball movies, in order from oldest to newest, and I want you to join me. At the end of the spring, I’ll create a full ranking of the following movies, including how much time is actually spent playing baseball, what the biggest “baseball lesson” learned is, as well as one iconic moment from each movie. Until that final piece comes out, we’ll keep you updated on my watchings in the Bullets.

I had originally planned on watching each of the movies exclusively on Sundays, but I wouldn’t quite finish the list if I did. So, I’ll watch most on Sundays, but sneak a few in throughout the week. You can follow my progress (and watch along!) by following me on Twitter @Michael_Cerami.

It’s going to be a long Spring, but who says we have to wait for MLB to kick the baseball season off?

*You can rent all of the movies above, using Amazon, while supporting Bleacher Nation in the process!