It's Not Your Imagination: the Cubs Really Did Load Up on Minor League Signings Skip to content 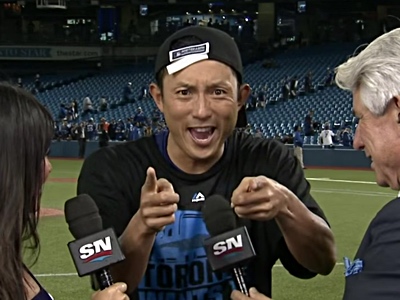 The Cubs don’t receive nearly as much flak after a minor league signing as they have in the past. Of course, now the Cubs are competitive and have a bright future ahead of them, so maybe most fans are just distracted.

Still, they are making as many minor league moves as they ever have before, and it’s largely going unnoticed.

Except for Bleacher Nation, where we cover all Cubs minor league signings. [Brett: I did not make Michael say that.]

We’ve spent plenty of time discussing the inherent value and need to continue making minor league deals, both for depth and minor league roster filling, but also for upside – Chris Coghlan, who was traded earlier today, is a great example – so I won’t bore you with their low-risk, high-reward potential. But at FanGraphs, they may have found another way to measure the collective value of each team’s minor league deals.

Specifically, August Fagerstrom has put together a sortable chart to measure the past, present and projected future value of the Offseason’s Minor League Signings.

You should really check out the article and sortable board yourself, because you can play around with it and find interesting facts, as you like, but I’ll share some of the more notable Cubs bits here.

First and foremost: No, you aren’t crazy. The Cubs really have made a lot of minor league signings. Their 17 deals this offseason is second most in baseball, behind just the Braves (21), and ahead of the Tigers, Royals and Brewers. The top five teams, by the way, are a perfect cross section of how different types of teams (and levels of competitiveness) still find minor league deals important.

The career WAR acquired by the Cubs 17 minor league signings reaches exactly 15.0, which is only good for thirteenth in baseball. But, their WAR over the last three years (2.2) is fifth best and their projected 2016 WAR (0.3) is tenth best.

Looking at the projected WAR values can be discouraging, but remember how conservative the projection systems are. Moreover, most players receiving a minor league deal don’t stand the best chance of getting a ton of playing time. Some of the players, however, will always receive some playing time. So, given the chance, any one of these minor league signings has the potential to far exceed even the total projected WAR figure of their team’s entire group – not unlike Chris Coghlan has the past two seasons.

So you see, minor league signings always were important, and always will be important. For at least the 2016 offseason, it seems, the Cubs would agree. Plus, if the Cubs didn’t sign as many minor league deals, we might not have been given the chance to know Munenori Kawasaki, and then everyone would be losing.

Report: Blackhawks To Be Players in the Dougie Hamilton and Seth Jones Markets