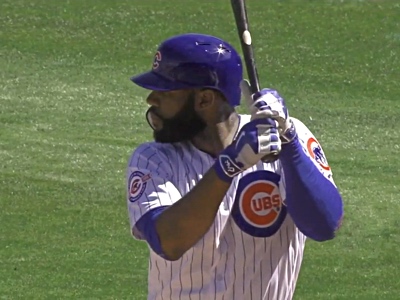 Yesterday, Jason Heyward hit a 107mph rocket shot homer for his first of the spring, and first with the Chicago Cubs. Unfortunately, because the game wasn’t televised, all we had at the time was our overactive imaginations to see the home run (it was glorious).

But thanks to the miracle of technology – and Michael on Twitter, and Jeff on YouTube – we can now actually see the homer (it was glorious)!

The orientation goes sideways, but that doesn’t bother me in the least – I just turned my head sideways and enjoyed on repeat. Besides, you don’t need the visual to hear that beautiful, explosive crack of the bat:

And how about another view from Jon Ferlise:

God I love hearing crowd reactions to shots like that, too. BASEBALL!!!