Joe Maddon Loves Nerds and Other Bullets Skip to content 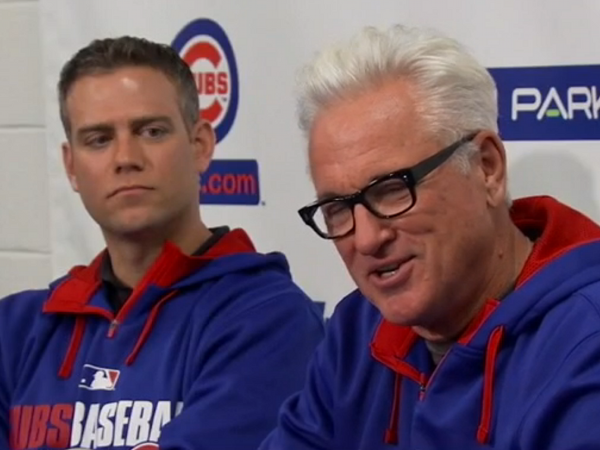 Last night as the evening wound down and it was time for the kids to go up to bath and bed, The Little Boy decided to turn off the TV … by throwing the remote at it. It’s one of those stories you hear all the time from other folks – three-year-old boys do three-year-old boy things – but, man, it was shocking to watch it live. The remote smacked the middle of the TV, forming a circular spiderweb of pixelated crack lines, the screen went black, and our jaws hit the floor. The fact that we just lost our TV was its own big disappointment, addressable in time, but there was also the matter of being a parent, in that moment – how and what do you say to a just-turned-three-year-old about the seriousness of what they’ve done? Anger isn’t going to get you anywhere, but you need the kid to know that what just happened is precisely why we tell you not to throw things like that.

We did the best we could, but I’m not sure how well it landed. His first question upon waking this morning was, “When are we getting a new TV?”

Well, son, whenever it is, you won’t be watching it for a while, and you definitely won’t be handling the remote again any time soon. I’ll also make you read this some years down the road. (Hi, son. That was not cool, dude.)

In the meantime, I’m going to shop the fabulous selection of TVs at Amazon (shameless plug – gotta get something out of this experience, right? Might as well make it an advertisement). You should shop at Amazon, too, using the links you find at BN to support the site in the process!

Kyle Schwarber among those wearing a new style of Spring Training cap. It is … bold. pic.twitter.com/H8VWSAjzG1

Some of the construction is winding down at #Wrigley. New pavers behind the left field wall. #Cubs #WrigleyField pic.twitter.com/ebASLAGvl5

Thanks to The Little Boy, I now have a stock photo of a busted TV for times when the Cubs make me angry this season.