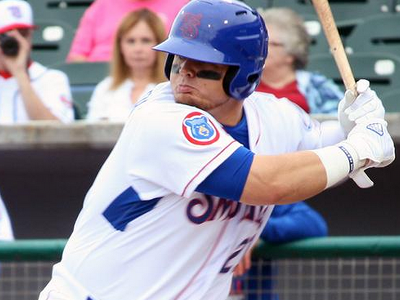 Although I suppose you can’t technically call them the first cuts of the spring – Rex Brothers was released by the Cubs late last week – today marked the first real set of cuts from big league camp, with the Cubs sending seven to minor league camp (each name linked for a bit more information, if you’re not familiar):

(Note: You may see these cuts referenced in various places as “X player sent to minor league camp, Y player optioned to AAA Iowa” – although technically true, you can ignore these distinctions. They’re all headed to minor league camp for now. All that “option” phrasing means is that guys on the 40-man roster, when cut, will be described as “optioned to Level Z,” even though they might not actually open the season at “Level Z.” It’s just how the move is described, and actual minor league assignments will be formalized later.)

None of the players cut today were a real threat to make the big league team out of Spring Training, and some will still see occasional action in Cactus League games. In that respect, the cuts here are somewhat procedural, but they mean that these guys will head over to minor league camp for their daily workouts, having had a little extra experience with the big league players and coaches this Spring.

Although Vogelbach, Jokisch, and Acevedo have seen a fair bit of action already, Leathersich is recovering from Tommy John surgery, and Pettibone is working his way back from injury issues, as well, and they were not necessarily expected to see game action right now.

Underwood has been dealing with severe allergy problems and did not make it into a game, and Armando Rivero remains tantalizingly close to commanding his pitches well enough to be dominant. But he’s clearly not there yet.

After the cuts, the Cubs’ spring roster stands at a still-robust 56. That means there are still 31 cuts to go …