Did Sports Illustrated Jinx the Cubs? Nah, It's Fine and Other Bullets Skip to content 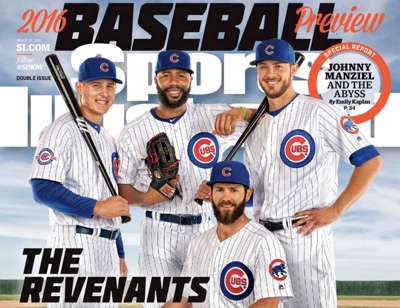 By the time you’re reading this, if I’ve been strong enough, The Wife and I are somewhere on the trails at Camelback Mountain, hopefully reaching its apex around noonish eastern time. Feel free to check my Twitter to see if the cliche mountaintop shots show up (and taunt me if they don’t (unless I fell or something, in which case WHY ARE YOU SHAMING ME YOU MONSTER?!)).

I’m pretty excited to see if we can do it, and just how hard it is.

So, did Sports Illustrated do the cover jinx things to the Cubs? Here’s the cover:

This week's cover (3/4): The @Cubs have a championship caliber lineup https://t.co/Xs8SDFc8zB pic.twitter.com/LGtQLjn0rK

Joe Maddon Brought in a Mime to Lead the Cubs’ Stretch, Because Why Not? https://t.co/XSl2P1f7rF pic.twitter.com/Emna4gABs9