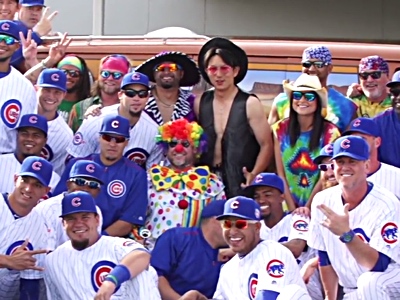 So, the reviews for “Batman Versus Superman” have been as unkind as anyone paying even remote attention to that production and the movie’s marketing could have told you they would be. It’s a real shame to see such fun, valuable properties misused so badly (I guess I shouldn’t say that until I see it for myself, but it’s not like I’m going to go pay money to spend a couple hours watching a bad movie just so that I can say, “Yeah, I saw it, and it was bad”). The best comic book movies (Christopher Nolan’s Batman movies, the first two Toby McGuire era Spider-Man movies, the most recent X-Men installments, Deadpool) make it look like an easy trick to pull off, but it apparently is not.

All of that is partly to set up a magnificent video of Ben Affleck, together with Henry Cavill, being asked about the bad reviews for the movie, and someone did something to the video that makes it laugh-out-loud funny.

The Braves/Astros game was called early today BECAUSE THE FREAKING WORLD IS ENDING! (picture via @JifferAlderman on Twitter)