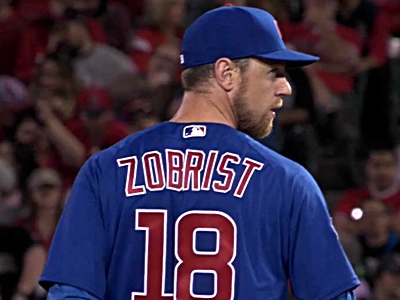 Smacking a single with a runner in motion? Working a long plate appearance and turning it into a walk? Showing off power with a double over the center fielder’s head? Sneak attacking with a bunt single?

Zobrist did all of that last night:

He also made a nice snag at second base.

I’ve noticed some fans getting on Zobrist a little bit already for failing to come through in a couple notable situations, a couple ill-timed double plays, and a couple balls he maybe should have had, but you shouldn’t let that overshadow the overall contribution (when the team creates so many opportunities, a guy’ll come through in some and not in others – and if he comes through 40% of the time, he’s a stud).