Adam Wainwright is Struggling, Frustrated, and Other Bullets Skip to content 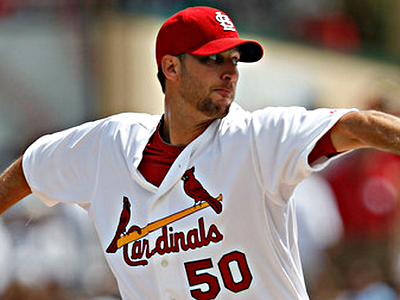 One year ago today, Kris Bryant made his debut with the Chicago Cubs. It wasn’t an especially auspicious debut, as Bryant struggled against a particularly nasty James Shields that day, but it was the start of a special year that wound up netting Bryant a runaway Rookie of the Year award. He could have some more awards in his future …