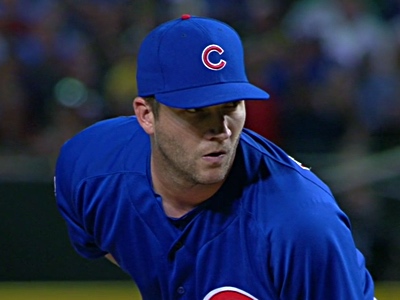 How about Adam Warren’s start to the year for the Cubs?

Although the bullpen has been relatively little used so far, Warren has clearly established himself as something of a bridge pitcher for the Cubs, keeping the game close and getting from the starter to the late-inning relievers. That sounds a bit like Justin Grimm’s role last year, and it is, but Warren’s super utility ability allows him not only to pitch a single high-leverage inning, but also to go for multiple innings at a time if necessary, as he did last night.

Warren’s now up to eight innings on the year without allowing an earned run, one of just eight pitchers in all of baseball who still bear a 0.00 ERA after pitching at least eight innings. He’s also currently sporting a 31.3% strikeout rate.

It won’t last all year, of course, but Warren has always been an excellent reliever. This is not new.

Whether he gets a chance to start with the Cubs, either this year or in the next two years of team control, remains to be seen. But he might already be the guy first in line to pick up a spot start if the Cubs needed it.

After the game last night, Joe Maddon suggested as much, telling ESPN, “Part of what I did tonight was to get [Warren] stretched out in case there was a need for that. He’s in the lead based on being more stretched out right now.”

Previously, Trevor Cahill had been considered the Cubs’ on-roster sixth starter*, but it looks like that now goes to Warren, who played that part quite successfully for a couple years with the Yankees. It’s a tricky thing to keep a guy stretched out enough that he could give you five innings in short order if necessary, but also use him in games in valuable innings (because he’s, you know, really good).

Maddon will have to keep striking that balance, and using Warren like he did last night is ideal.

How he’ll do that, while also getting long outings from his starters, and also accommodating the innings of seven other relievers, all of whom can be excellent … well, that’s why the Cubs have Maddon.

*(I don’t hate seeing Cahill go back to being more frequently used as a one-inning and/or match-up guy, if that’s what happens. He excelled in that role late in the year with the Cubs in 2015.)