Baseball Polls: Fans Say No to the DH, Yes to the Bat Flip! Skip to content 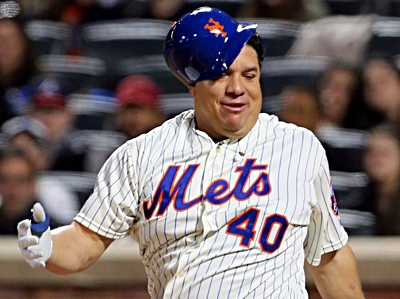 Public Polling Policy, an organization that typically creates, manages, and analyzes political polls, does one sports poll per year, and their most recent one just came out.

You can find all of the results (for more sports than just baseball) right here, but over at NBC Sports Craig Calcaterra did us a favor by highlighting some of the  baseball ones here!

Among many different topics, American sports fans voted on a number of issues ranging from serious topics like domestic violence and PED abuse, to more lighthearted topics like performing the wave as a fan, and celebrating with the traditional (okay, maybe not that traditional) flip of the bat.

Among the more interesting bits, a narrow majority of fans (51%) believe that Barry Bonds and Roger Clemens should be inducted into the Hall of Fame. Obviously, by their numbers, alone, each is a no-brainer, but, if you somehow missed it, both are believed to have used performance-enhancing drugs at some point in their careers, which has dramatically depressed their Hall of Fame support.

While a majority of fans support the inclusion of both Clemens and Bonds because enough time has passed (and many understand the passive involvement of MLB throughout that era), there’s more to it than that. In a later question, 68% of voters consider domestic violence to be a more serious offense than PED abuse (just 68%?) and believe it should be met with harsher punishments than steroids. In a way, then, that may have gone into the calculus (or at least served to temper the relative distaste for PED abuse in relation to other offenses that may keep someone out of the hall).

Much less seriously, 56% of fans approve of doing/performing the wave at sporting events. In a similar poll, 56% of fans were found to be wrong. I kid, I kid. I’m not one for the wave myself, but like Calcaterra, I support others’ right to wave! (Vote for me!)

And on bat flips, oohhhh baby, on bat flips the polls found that 48% of all pollers approve, while 31% are opposed to bat flips. Perhaps unsurprisingly, though, there was a stark generational divide. Roughly 90% of the Millennials polled supported bat flips, as opposed to just 34% of the older folks. Not unlike the wave, I support a batter’s right to flip or not!

With respect to the designated hitter, however, pitchers-as-hitters was the overwhelming preference (65% in favor of pitchers hitting, just 25% in favor of the DH). Given that the split was 55/33 last year, I’d love to know why support for the DH dropped so dramatically in one year. Are people really that swayed by awesome pitcher dingers? Although, admittedly, that Bartolo Colon homer was pretty awesome, and the Public Policy Polling release explicitly cautions that the poll was out when he hit that homer, which could have skewed things.

There’s many more interesting baseball bits in the poll, so I encourage you to check out both Calcaterra’s piece here on NBC Sports, as well as the original poll here on Public Policy Polling. Happy Saturday!

Brett Taylor contributed to this post, and he says PEDs are bad but let those guys in, waves are bad but whatever, bat flips are incredible, and DHs forever (sorry, pitchers).