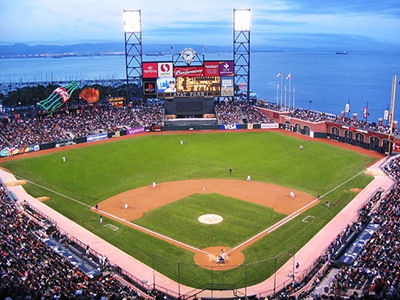 The Cubs have a shot at a series win tonight, which is the good news.

The bad news is that it’s going to take beating Madison Bumgarner to make it happen. Moreover, Kyle Hendricks starts for the Cubs, and is coming off of one of his worst starts of the year in Milwaukee. Hopefully he can shake that one off and give the Cubs six strong innings tonight, keeping them in the game and giving them a chance to win.

Or, hey, if he turns in one of those fantastic outings of which he’s very capable, all the better.

The Cubs loaded the lineup with righties tonight – everyone who faces Bumgarner tonight will bat from the right side except Anthony Rizzo. To be sure, Bumgarner is good against everyone, but he’s much more susceptible against righties this year (.305 wOBA against) than lefties (.212). For his career, the gap is far more narrow, but still present (.294 versus .247).

Interestingly, Hendricks has the better advanced numbers this year over Bumgarner, though I don’t think anyone would say the Cubs have the edge in tonight’s matchup. But then again, the Giants definitely did not have the edge last night and they still managed to win it.