Report: Strike Zone Changes Could Be Coming and Could Affect Cubs Skip to content 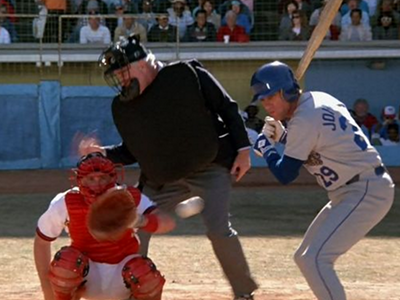 Cubs batters have a firm grasp of the strike zone, evidenced by a league-leading 12.3 percent walk rate and a 19.6 percent strikeout rate that ranks among the 10 lowest in baseball.

However, it looks like change is on the horizon and new rules could be implemented sooner, rather than later.

ESPN reported that MLB’s competition committee has agreed to changes to the strike zone and to how intentional walks are issued (no longer requiring four pitches thrown) during recent owner’s meetings. Further, these changes could be installed as soon as the 2017 season.

The strike zone change could be the biggest deal, especially for a Cubs team that seems to have control of the strike zone at the plate and on the mound. The competition committee reportedly agreed to raise the bottom of the strike zone to above the knee with the idea that umpires would call fewer bad strikes on pitches below the knee, which has become an increasing trend for home plate umpires. (The bottom of the zone is supposed to be directly behind the knee.)

Cubs manager Joe Maddon discussed the potential changes at CSN, and he sees some unintended consequences on the horizon.

“I’m not trying to be contrarian,” Maddon told Patrick Mooney. “But then guys might just take more pitches and you’re still going to get a walk. It’s not necessarily going to create more offense. It can benefit a team like us, if, in fact, they call it that way, because one of the biggest things for us would be an umpire that doesn’t expand the strike zone. That’s what we would love to have.”

Part of the reason the number of strikeouts (and walks) seems to be on the rise is because of increased patience from hitters. Batters in the box seem to be fearing the strikeout less, and, in turn, are working deeper counts because of it. Some deep counts result in walks, others turn into strikeouts. A raised strike zone could lead to more balls in play and more offense (it’s easier for most hitters to hit a ball above the knee than below it), but it could also simply result in more pitches being called balls and potentially more walks. Only time will tell how it goes from there.

Not to be left out, Cubs pitchers have a good idea of the strike zone, too. Kyle Hendricks (6.4 BB%) and John Lackey (5.8 BB%) rank right around the 30 best pitchers when it comes to yielding walks. And as a staff, the Cubs’ starting rotation owns the tenth best walk rate (7.4 BB%) in baseball.

As for saving time on the intentional walk, which will simply be signaled to immediately send the runner to first base if and when the new legislation passes, it doesn’t seem like too much time will actually be shaved off of games.