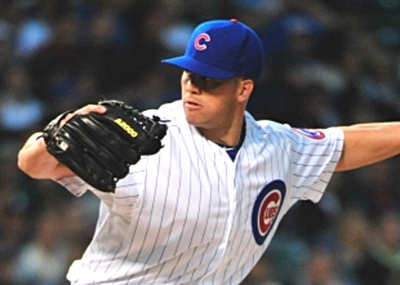 Often, relievers live in a world populated entirely by small sample sizes. Short outings, limited appearances, and limited totals over the course of a month or even a whole season. And, for match-up relievers, those small samples get even smaller.

It can make analyzing pitcher performance a particularly tricky beast, because you might think you have a large enough sample to do some good work, but then you realize even a month or two of data is a paltry sum. You do the best you can with those numbers and with the eye test, but drawing hard conclusions remains difficult.

It’s a problem not only for outside observers, but also for organizations and managers who must make sometimes long-lasting, impactful decisions about these players before they might otherwise be comfortable with the footing on which they’re resting those decisions. Baseball is a sport with a uniquely large volume of games, but every win and loss still means a great deal. Taking too long to make a decision, then, can be costly.

That is all, of course, a preamble to discussing Clayton Richard’s performance last night, and so far this season. After the lefty gave up three consecutive hits to left-handed Dodgers batters last night, the calls for his roster spot were immediate and deafening (to the extent angry outbursts typed at me on Twitter can be deafening). I understand the frustration, because that’s the very spot in which Richard is supposed to excel as a match-up lefty. Given Travis Wood’s unavailability and the makeup of the pen, Joe Maddon was absolutely right to go with Richard in that spot. The question is whether we can ignore and excuse Richard’s poor performance.

To that end, we can ignore and excuse almost any one appearance in isolation. Absent some kind of obvious injury that pops up or flagrant lack of interest and effort, one appearance just doesn’t mean anything in projecting future performance. Baseball is too flukey. And, in isolation, Richard’s outing last night falls right in line with that: three singles, one of which was nearly a ground ball double play.

But we can’t view the outing entirely in isolation, because we’ve got a couple months worth of performance to look at and consider (even as we recognize the small sample problems addressed in the opening of this post), as well as a track record that precedes this season.

Last year, after coming to the Cubs midseason from the Pirates for an emergency starting fill-in, Richard eventually wound up in the Cubs’ bullpen down the stretch, pitching effectively in his 42.1 innings, especially against lefties, even as he was always a guy who let a whole bunch of balls into play (12.2% strikeout rate last year). It didn’t seem like there was a whole lot of hard contact off of him, and that can indeed be a skill.

This season, through 9.0 innings and 16 appearances, Richard’s strikeout rate is lower (10.9%), and his walk rate is up, even if still low (up to 6.5% from 3.9% – but we’re talking about three total walks, one of which was intentional). Having not yet given up a homer, those numbers actually (perhaps to your surprise) yield a really nice FIP, at 3.34. He’s still getting a ton of ground balls (66.7%), too. In total, there are things to like here.

But you know this conflicts with your recollection of the results, and you’re right. Richard’s ERA is 8.00, his xFIP is 4.41, and he’s allowed runs in 6 of his 16 appearances this year.

Most troublingly, though, is that Richard has primarily been used as a match-up lefty this year (i.e., a lefty to get out other lefties), and he’s been crushed by those lefties: .435/.500/.478. In a bullpen with just two lefties right now, the Cubs cannot withstand that performance.

Still, how much of that is Richard being especially hittable this year, and how much of it is flukey baseball stuff? Consider that his BABIP against lefties is .471, which would be unsustainably high even for a guy tossing meatballs up there. That seems to be supported by the fact that lefties have a mere .043 ISO off of him this year, which is crazy low. Furthermore, there’s nothing I can see in the batted ball rates (or in my overall recollection of his appearances) that suggests he’s getting hammered. Plus, his velocity is fine.

And then you’ve got the fact that it’s been 4.0 innings – 26 total plate appearances – against lefties. That’s it. That’s not even a small sample. It’s almost a non-sample.

So where does that leave us? Well, in the light of the morning, it’s hard for me to agree that it’s clearly time for the Cubs to move on from Richard. Not only am I not certain that there’s a better internal option available right now, but I’m also not certain that we’ve actually seen anything more than bogus small sample smoke and mirrors. He’ll always be disproportionately affected by bad BABIP luck since he allows so many balls in play, but I’m not yet convinced he can’t still be a better LOOGY option for the Cubs right now than any other options they have for his roster spot

That said, there’s another side to this discussion, and it’s one to which we simply don’t have much visibility. Namely, how is Richard looking to the Cubs when they evaluate his performances using their various internal video/scouting/coaching/etc. perspectives? Not only do the Cubs have access to methods of evaluation that we do not, they also have access to information about Richard that we do not. They might know some things that make them more or less inclined to put stock in small sample outcomes at this point in the season.

We’ll see if this persists in being an issue in the coming weeks, and, let’s be honest, the Cubs were going to be looking to supplement in the bullpen no matter what. For today, I’m comfortable with Richard remaining in the bullpen, and getting the next opportunity against a group of lefties like he got last night.